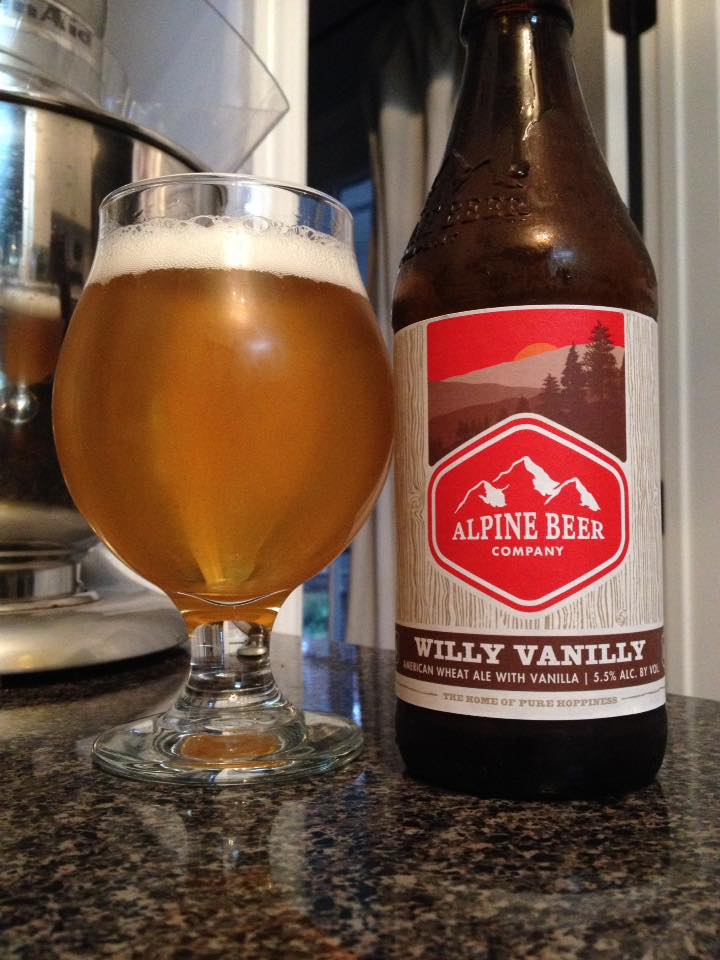 Alpine Willy Vanilly is an American Pale Wheat Ale with vanilla, 5.5% ABV. Best by date of 01/20/17, opened on 02/22/17. Oops, should have paid closer attention to the label. (Then again when you see a “new” beer on the shelf you kind of expect it to be somewhat fresh!)

The beer pours with a slightly hazy blonde color that has a solid white head. Well, the vanilla certainly hasn’t faded from the nose! Sweet vanilla bean is just about all that the aroma has to offer. Even though the lack of aroma complexity can often be a negative, the natural vanilla by itself is just fine by me in this case. The taste dials back the vanilla (or it might have aged out) but it does compliment the soft wheat and mild hop flavors of the beer. This feels a bit on the thin side, even for an American Pale Wheat Ale; but the carbonation is nice and bright.

There really isn’t a whole lot to this beer, but what’s there is rather well crafted. If you are a big fan of vanilla this should be on your list of beers to try. 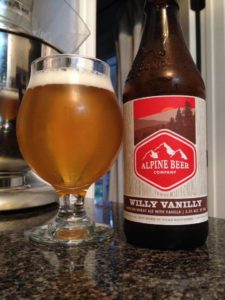