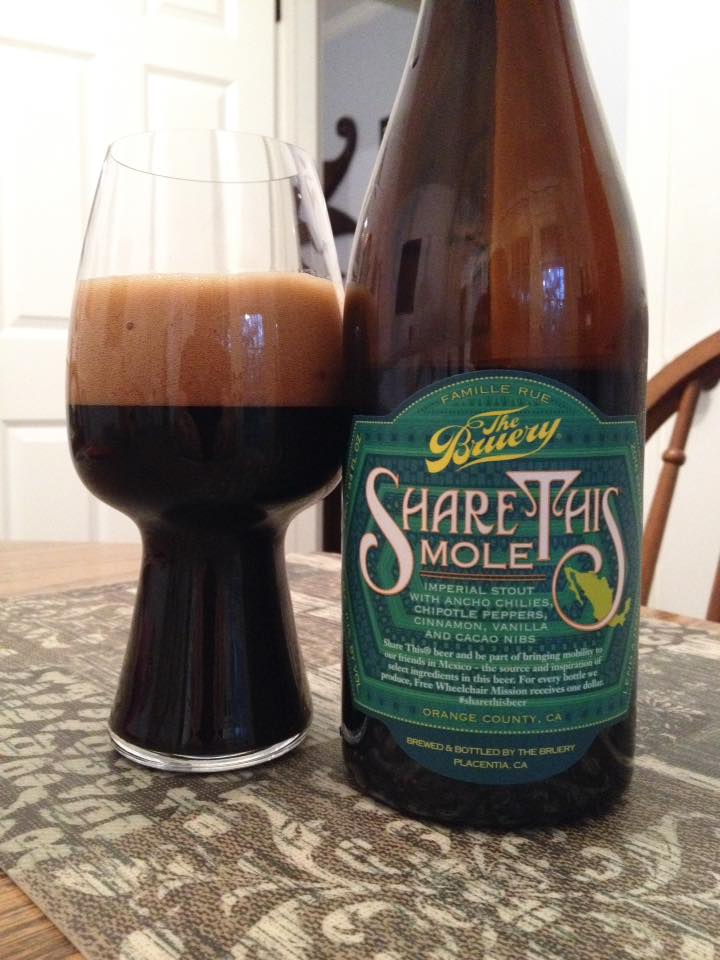 The Bruery Share This: Molé is an American Double/Imperial Stout with ancho chilies, chipotle peppers, cinnamon, vanilla and cocoa nibs, 11.1% ABV. The series puts the focus not only on sharing a beer with a friend, but also sharing with some good causes, from The Bruery website: Each release in this series will spotlight unique ingredients and an important cause. This version raises money for the Free Wheelchair Mission of Mexico.

The beer pours with an appropriately dark color and has a big tan head that settles to a nice creamy layer. The peppers and chocolate lead off the complex aroma. After my nose adjusts to the slight smokey peppers some sweet vanilla and cinnamon come out into the well balanced aroma mix. The taste is a rather heavy on the vanilla but all of the flavors you expect in this type of stout are there. Underlying chocolate mixes with sweet cinnamon, all that vanilla, and a late display of mild smoke and heat form the peppers. A little of the alcohol heat settles in chest in the aftertaste, but it is not a component of the taste. The mouth-feel is maybe just a little on the thin side, but it is also very silky and smooth which is very enjoyable.

Even though there are Molé Stouts that I think are better, this is still an excellent beer that is well worth a try. 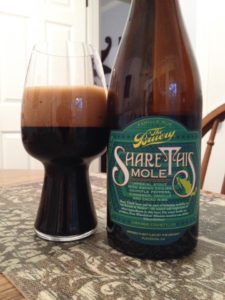