Beer, as it is generally defined, has four main parts; water, malt (or some other grain), yeast for fermenting and hops.

Water and grains are easy enough to grasp yeast may be a bit mysterious but the ubiquity of bread makes make yeast a common enough term. But what exactly are hops and why are they in my beer? What do hops do and why are they as important as any of those other three ingredients? Well, I’m here with answers.

Strictly speaking hops are not an essential ingredient in beer production. You could make beer using just some grain, a little water and some yeast but that concoction might not taste all that great. Historically speaking beer has always had a fourth part that was intended as a flavoring component. 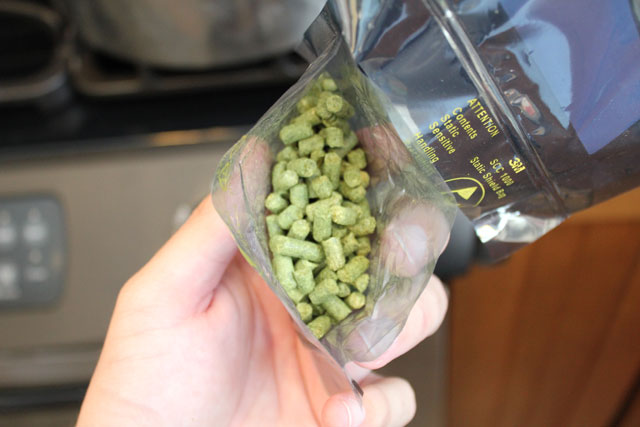 Gruits, as beer made without hops are often called, could be made with anything, spices, spruce tips, or any of several types of flowers. Experimentation with various additives to liven up the flavor of a beer was probably how hops came to be an ingredient in beer.

Hops are the flowers, or seed cones of a perennial, climbing vine known to the scientific world as Humulus lupulus. It’s part of the Cannabaceae family—yes, the same plant family as marijuana and hemp.

Lulupus comes from the Latin for small wolf, because of its tendency to engulf and break down trees like a wolf does to a sheep. It is grown in hops fields or hop gardens by encouraging upward growth of the plant around suspended strings.

Some have questioned if this is even really the first mention of hops. The confusion derives from the name; Pliny called his plant lupus salictarius.

Later researchers connected lupus and lulupus, both of which are variations on the Latin for wolf, but this is a tenuous connection when talking about 2000 year old writing. Pliny may not have been the first to write about hops, but the idea earned him beer immortality when Russian River Brewing named their highly rated and much sought after double IPA after him. 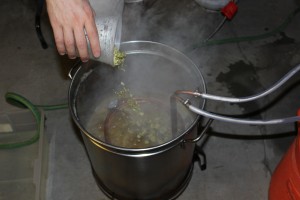 The first documented use of hops in beer dates to 822 AD when a Benedictine monk, Abbot Adalhard wrote down rules for how the monastery brewery was to be run.

His to-do list included how wild hops were to be collected. It has been assumed that they were collected for use in beer. In fact by the time Abbot Adalhard was writing the cultivation of hops had already begun. Pepin III, Charlemagne’s father, left his son a hops garden in his will.

All this establishes that hops were, to an extent, used in beer production for a long time. But why were they used? The first reason is flavor of course.

That was the whole point in using additives in the first place. To make what was otherwise fermented bread water into something tasty to drink, hops just worked better than most other additives.

With the cultivation of hops came the different varietals of the plant and widely different flavors. Fuggle hops are earthy. Citra hops have a strong citrus flavor. Chinook hops have a piney, spicy taste.

Hops are also important in the smell, or nose, of a beer. Aroma hops are those used to impart a particular nose, they can be used for flavor too or just for the aroma.

There are over 80 types of hops so the range of intensity, flavor, and nose of is all over the spectrum. Brewers can further control these flavors and aromas by controlling how much hops, when it’s added and for how long they are boiled in the brewing process.

Hops are not just used for flavor and aroma though. Hops also have beneficial anti-bacterial properties. Writings by abbess and later Saint Hildegard of Bingen discussed how hops preserved some drinks. Hildegard did bemoan the other medicinal property of hops however.

Hops have a relaxing quality to them. This is due to an abundance of dimethylvinyl-carbinol in the flower. Pillows of hop flowers and teas made with hops have been used as a treatment for restlessness and anxiety since ancient times.

Hops may be a relatively recent addition to the beer brewing process but hop flavors have become synonymous with modern beers and hop production has become a major industry in itself.