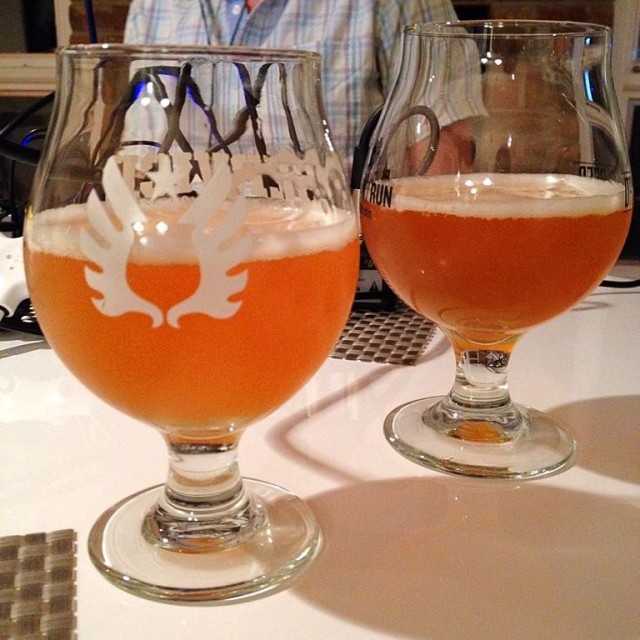 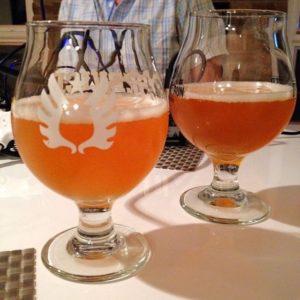 Service Brewing Scouts Out is a honey saison available on draft throughout Service’s distribution area. As of this writing, that range is Georgia, South Carolina and North Carolina.

About this Version of Scouts Out

Visiting the brewery’s tap room provides access to more limited beer releases and variants. One of those is a barrel aged version of Scouts Out, originally tapped for Georgia Beer Day 2017 after two months in a French oak barrel. A small portion of that 50 liter batch was then bottle conditioned for comparison.  Our beer was packaged on January 23, 2017 in a 22oz bottle and consumed on February 19, 2017.

You can listen to us drink this beer on Brew / Drink / Run podcast Episode 155: Hey, Team.

This variant of Scouts Out pours a hazy golden orange color and is topped with a large white puffy head. The bottle conditioning worked like a charm. That method is particularly well suited for a saison, as the bright, initially intense carbonation mingles the yeast and malt flavors into a cohesive whole.

The aroma varies significantly from the base beer due to the barrel aging. That process seems to restore a bit of the attenuated floral honey aroma along with introducing a touch of vanilla sweetness.

While the brain defaults to candy when the word honey is in the description, this beer is far too dry for that. The honey has been converted to alcohol and we are left with a fulfilling dryness, a slight bit of hop earthiness and a tinge of tart funk. Some soft citrus notes round out this rather complex farmhouse ale.

The highly recommended Service Brewing bottle conditioned, barrel aged variant of Scouts Out is not widely available. That said, I definitely advise hitting up the Service tap room and see what other limited edition goodies they may have in store for you.