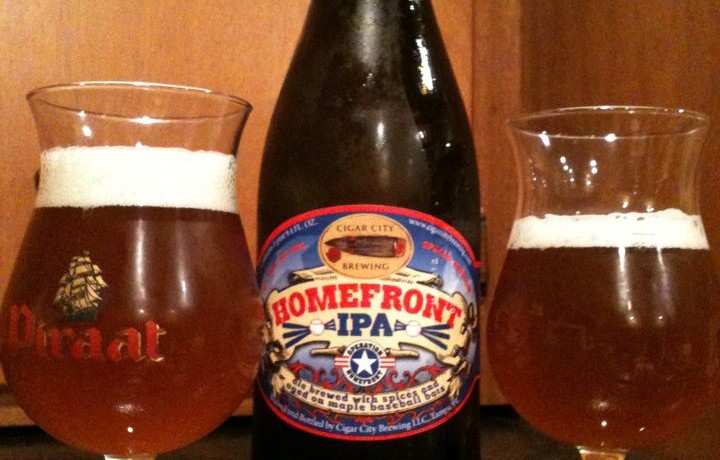 Cigar City Brewing Homefront IPA is a special release where all proceeds from the sale of this beer go to Operation Homefront. This was 1 of 6 different Homefront beers released in conjunction with 5 other brewers from across the country. Brewed with spices and aged on Louisville Slugger maple baseball bats this IPA has lots of orange and grapefruit with just a touch of spices. The hops get a bit earthy with distinct lemon flavors on the finish. This is a solid IPA that is very easy to drink. Not only do you get yourself a tasty beer but you help our military heroes at the same time, win/win! Happy Memorial Day everybody. 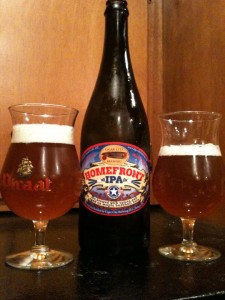