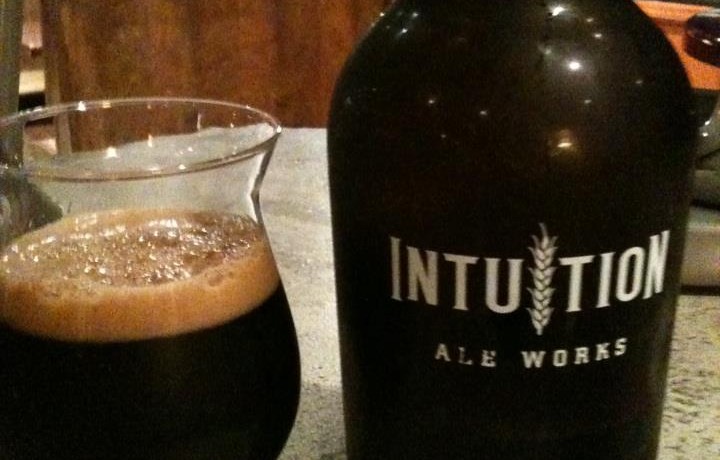 Jeff, one of my regular customers at the bar, had been telling about the beers Intuition Ale Works have been brewing for a while. He recently went above and beyond the call of duty to get me a couple of growlers. Thanks Jeff!

King Street Stout: This is an American Double/Imperial Stout, and believe me this stout is the real deal. Big rosasted malts, rich chocolate, a touch of coffee and just enough hops on the end to balance. Nice creamy mouthfeel. Nothing wild or too fancy about this one, just an amazing Imperial Stout. 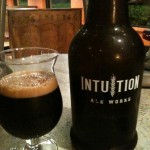 The Heel: An American Black Ale/IPA with lots of caramel sweetness followed by nice earthy Centennial hops. There is a slightly roasty quality to the malts, but for a Black IPA it is pretty mild. Unfortunately the few weeks it spent in a growler did some damage, it lost most of its carbonation. I would certainly try it again though. 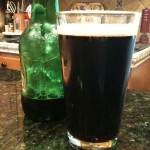 You can read more about Intuition Ale Works and Raymond’s visit there in his post about the brewery.