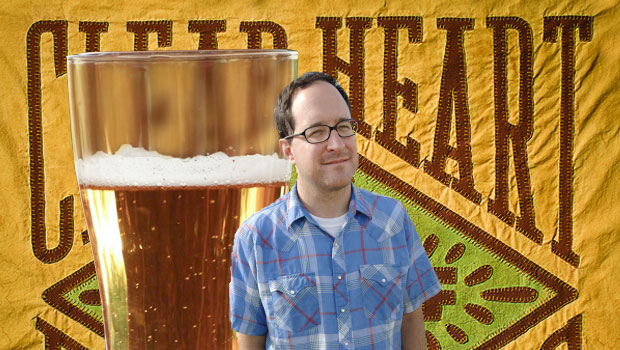 Beer and rock music are inseparable forces. Every backstage has a case on ice. Every tour bus has a stocked fridge. Fans down six-packs in the parking lot before the show. Some things just go together.

That’s why Signature Brew’s mission to combine artists with their own custom beer imprint makes so much sense. Pairing Craig Finn, frontman for The Hold Steady with his own beer isn’t just a logical concept – but a divine mandate. If there is one artist that can eloquently describe both the events before and after a night of partying, it’s Finn. His cautionary tales warn against the things hoodrats stick beneath their skin and the dealers from the northside that come down to visit. But beer? Well, that just makes the girls golden in the bar lights.

Finn’s collaboration with Signature Brew is called Clear Heart, the name and label design taken from his recent solo album. The IPA has more input from the singer than just his name on the bottle. It’s purposefully a low-alcohol brew, fit for being guzzled between songs on stage but still sophisticated enough to impress Finn’s older fan base. The brewery describes it as “A melody of bitterness and citrus notes, the fresh hops and malted barley are in harmony within this golden brew. A clear and hearty taste with an easy finish.”

The beer is available direct for at £10.00 for a 4 pack. Yes, that’s a pound symbol. Unfortunately, the beer is not available for North American shipping at this time. Signature also offers custom recipe beers for The Rifles and Professor Green.