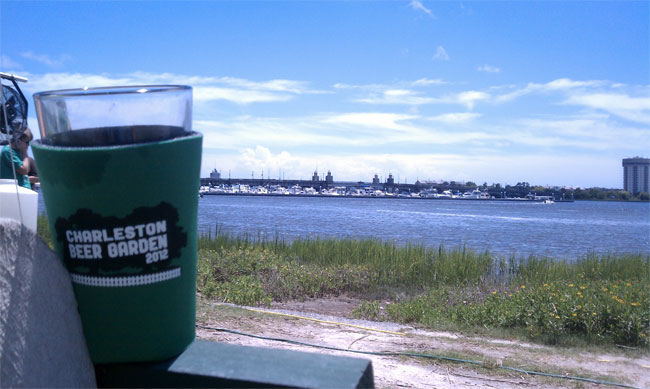 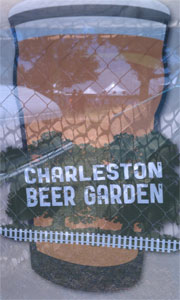 Nicole and I decided to take a short road trip to Charleston, SC while the kids were staying with family for the weekend. There were a few reasons why we wanted to go. We were looking for a place to have a short “honeymoon” (in quotes because we never had one when we got married almost 12 years ago), we wanted to go somewhere new for the both of us, and we wanted to attend a beer festival.

Last Labor Day, we attended the Savannah Craft Brewfest and it was great. We wanted to have that much fun again. In some ways, the Charleston Beer Garden was fun, but it showed us that not all beer festivals are created equal. There were some good brewers and local craft beers to try there but the selection was significantly smaller than the Brewfest. The food at the Garden offered solid choices to go with the star beverage. We chose shrimp po’boys and cheese fries. 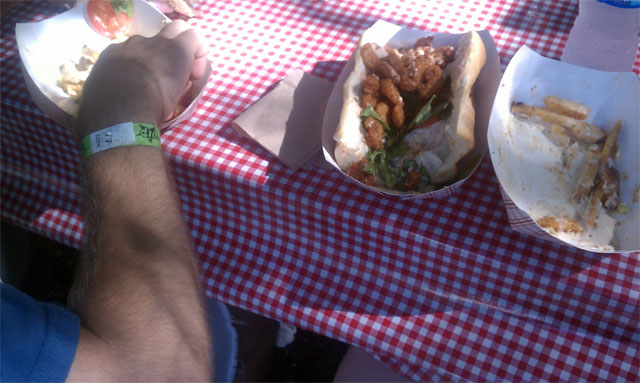 One thing we really didn’t like about the event was the sampling system. They handed out a “passport” that had each brewery on the card. You could sample one, only one, four oz. taste of beer from each brewery. Some brewers had multiple recipes and I was sometimes torn as to which flavor to sample. Nicole and I would get different recipes so we could try the other brew but that was just a sip or two and then there were breweries that brought four beers. We met some folks who were friends with the organizers and told them our suggestion and it made it onto their Facebook page. Maybe others spoke up about it too – or we are just that influential? Either way, it needs adjusted to allow for more true sampling.

Overall, it was a great trip and we had a lot of fun. Not sure I would go back for a future Beer Garden but I would go back to visit the city again. We met some really nice folks and even got a run or two in at a new location. 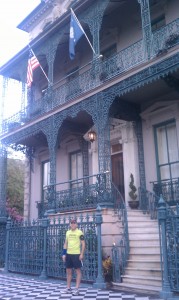