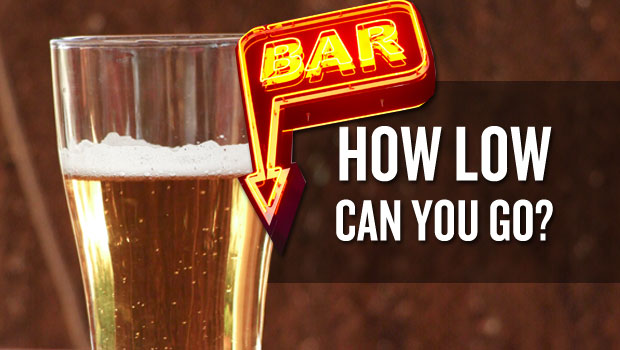 How Low Can You Go?

I have been totally enthralled with the recent trend of lower ABV session ales that are just packed with flavor. Look, I love a big ABV beer as much as the next guy. Truth be told I would say most of the beers I drink and review are closer to 10% ABV than 5% ABV, but sometimes a big ‘ol Russian Imperial Stout or Barleywine is not what you want. Unfortunately it isn’t always easy to find a low ABV beer that is… well good. It seems some of my favorite micro breweries have been thinking the same thing.

So as summer kicks into high gear, here are some of my favorite session beers that are under 5% ABV:

21st Amendment  Bitter American: Originally a spring seasonal (now year round!) this modest 4.40% ABV beer packs quite a flavor punch. Roasted malts, strong hops, and a little mint, this Pale Ale is bold and flavorful. Probably my favorite of the bunch, and I love the fact that it comes in cans! 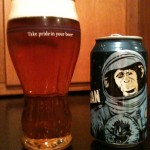 Wild Heaven Let There Be Light: An up and coming brewery here in the southeast, Wild Heaven shot out of the gate with some big ABV beers. In fact the lowest ABV beer they produced until this “little” gem was at a whopping 8.2% ABV. It seemed odd that they would go with a low 4.7% ABV Pale Ale for their 5th release, but it is a great beer. Loaded with crisp and bold hop flavors of citrus notes (with a distinct hint of lime) this will keep your mouth happy and your vision single! On the downside it is only available on draft as of right now, but I hope they start bottling this soon! 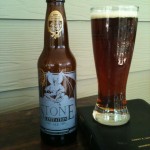 Stone Levitation Ale: I would not call this Amber Ale a new trend since it was first brewed in 2002, but I wouldn’t be surprised if it inspired some of the others. Strong herbal hops, a sharp salty/lime note, and a bit of caramel malt to balance. This one has a lot of refreshing hop bitterness and tons of flavor for a 4.4% ABV beer. Available year round this is an outstanding choice any time of the year. The downside I would say is that it is a little pricey for a six pack but you do get what you pay for!

Terrapin Easy Rider:A new summer seasonal for 2012 this has been a huge hit at the bar. This hopped-up pale ale brings toasted bread notes, mild spicy hops, and a refreshing bit of lemon citrus on the back end. I felt this was lacking a bit in body, maybe a bit too watery. The 4.5% ABV makes it pretty easy to knock back a few at a BBQ or your favorite burger joint! I have concerns with the price point and packaging of this beer though. Selling a session ale in 4 packs for about $10 seems a little out of character and expensive. 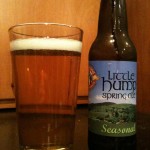 Highland Little Hump Spring Ale: This pale ale clocks in at 4.5% ABV. The hops dominate this from the start with notes of grass, mild grapefruit, herbal and spicy flavors. The malt could use a bit more oomph, but all in all this new 2012 spring seasonal was a pleasant surprise. I hope Highland brings this back again in 2013!

Heavy Seas Sea Nymph: Lots of sweet grain with a very minimal hop bitterness. A light summer blonde ale with a modest ABVof 4.5% that is crisp and refreshing. Perfect for post yard work or a back yard cookout. This beer might not be “amazing”, but it serves it’s purpose as a hot weather session ale quite well.

Yazoo Dos Perros: Got a chance to try this brown ale on my recent trip to Tennessee, and instantly thought it found a home in this post. At an amazingly low 3.5% ABV this session beer this goes down easy and should pair well with just about any food (It doesn’t hurt that it was served in a mason jar either!) Light nutty flavors with a bit of hops on the finish. Not a complex brown ale, but it’s actually lower in ABV than the “big 3” light lagers… with actual taste. 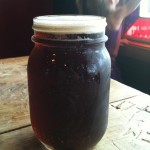 I hope this gives you all some ideas on some great beers to pick up for your next summer party. Leave a comment below with your opinions of these beers, session beers I forgot to mention, or beers I should seek out to try! Cheers!