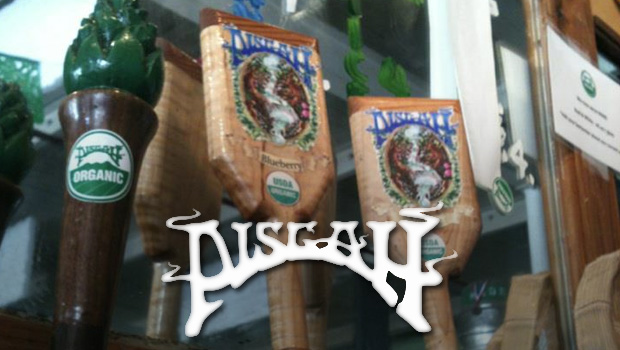 In an unassuming industrial park in the outskirts of Black Mountain you will find Pisgah Brewing Company. Actually finding this place is a bit of a challenge. Even with the GPS it took some effort to locate the brewery itself. Located at 150 Eastside Drive, Black Mountain, NC 28711 it’s an easy 15 minute drive from downtown Asheville, and it is well worth the drive to check it out. The brewery is open daily but please check the hours of operation as the hours do vary quite a bit. Tours are offered on Saturdays at 2:00 and 3:00, and bring along some cold hard cash since they don’t accept credit cards.

On our recent trip to Asheville my wife, daughter and I meet up with some old friends over a few pints at Pisgah. The space itself is a fairly plain warehouse with a bar lining a large walk in cooler with taps attached directly to it. The beers are listed above each handle on a long mirror, and I have to say the prices were real good averaging about $4 for a pint. There were about 10 -12 Pisgah beers on tap that day along with a handful of guest taps and a root beer on draft as well. There is no substantial food available but the do sell hand-made kettle chips for a buck. Across from the bar is a small concert stage and a couple of  large garage doors which were open this pleasant summer day. Just outside the doors is another sitting area with a couple of picnic tables and some hula hoops.  You know… for the kids. 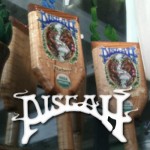 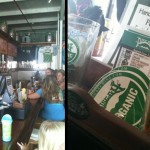 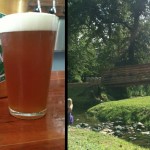 What the place lacked in ambiance it made up for in vibe. Our bartender was very friendly as she cheerfully poured drinks for the modest crowd on a Sunday afternoon. The other patrons were all in pleasant spirits as well. It seems people come here to have a good time! Both Emily and I started out with the Wet Hop Ale.  I’m not going to say it blew me away but it was a solid IPA overall. Jacqueline took down a root beer that I was lucky to get a sip of, very good! For our next round we both moved on to the Pisgah Pale Ale which is clearly their flagship beer and I was pleasantly surprised with this one. My interest in pale ales has been falling off over the past year or so, probably due to all the IPA’s and big stouts I usually drink, but this is one of the best pale ales I’ve had in a long time. A nice combo of light biscuit malts and good earthy hops made for an excellent pale ale.

At this point the bartender let us know there was a large field with a creek and outdoor stage just past the gravel parking lot. Since it was fine to bring our glasses out there I sent everyone ahead as I ordered a Nitro Stout and settled our bill. On the other side of a short bridge over a small creek you will find a surprisingly large outdoor stage in the distance. I guess it shouldn’t be that surprising since Pisgah seems to be as much a concert venue as a brewery. There is music several nights a week and with acts as big as The Wailers , Col. Bruce Hampton and Maceo Parker, we’re not just talking about your everyday jam bands either. If you’re not a music fan you might want to check their events calendar before heading out to the brewery. As we sat finishing our beers and watching the kids play in the creek I was pretty content. This was a great way to spend our afternoon.

The next time you’re in the Asheville area I would suggest trying to make some time to head out to Pisgah Brewing Company. It is worth the effort!