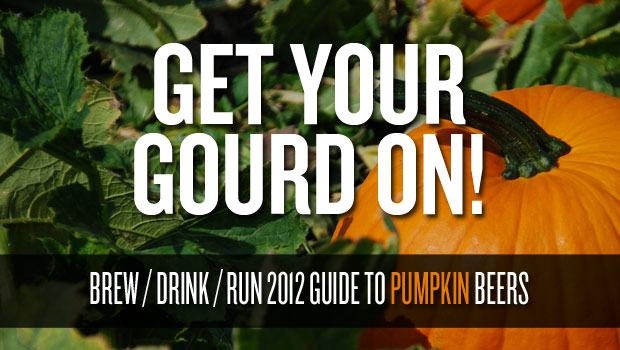 Get Your Gourd On!

Like an oasis after months in the desert, at the end of each summer I start to look for the sure sign Fall is nearly here: Pumpkin Ales! I’m actually surprised I like Pumpkin Ales as much as I do, and I have found there are a lot of people out there who truly despise them. The Pumpkin Ale seems to come in two catagories 1) The sweeter “pumpkin pie in a glass” style, and 2) The “spice and gourd” style. Pumpkin Ale fans tend to side on one side of the fence or the other. I happen to really enjoy both styles (although leaning towards the “pie in a glass” camp!).

So as Fall kicks into high gear here is a list of my favorite Pumpkin Ales, and maybe a few to avoid. I will start with my favorite and work down from there. Check back throughout the season as I will update this list with new beers as needed. Cheers!

The Best: Seek out these beers and drink them.

Southern Tier Pumking: Pumpkin, vanilla (whipped cream?), nutmeg, cinnamon, cloves and an almost crust like flavor. A surprising amount of floral hops that are blending well. Just a flicker of alcohol here and there. A perfect balance of sweet and spice. If I remember correctly Lee swears the draft version of this is way better than the bottle, personally I’ll take as much of either that I can get my hands on!

Elysian Dark O’ The Moon Pumpkin Stout: A Pumpkin Stout? I must have died and gone to heaven. Huge pumpkin both on the nose and in the taste, and like their Great Pumpkin Ale the roasted pumpkin seeds are adding a lot to this stout. Also getting a good bit of cinnamon and clove, and a surprising root beer like flavor. I am kind of in love with this beer.

Schlafly Pumpkin Ale: The initial rush of pumpkin pie like sweetness is complimented by distinct spices. Getting strong nutmeg with some clove and cinnamon. The 8% alcohol is well hidden at first, but much like DFH Punkin’ it gets a little boozy as it warms. I would say the overall sweetness lends this into the “pie” category but just barely, depending on your own taste buds you might file this into the “gourd” column as well.

Weyerbacher Imperial Pumpkin: Malt flavor is some bitter roast and nuttiness. The pumpkin comes in toward the middle along the spices, cinnamon, nutmeg, and clove. This Pumpkin Ale is in the sweeter “pie” like category. Excellent beer!

Cigar City Good Gourd: Pumpkin, nutmeg, vanilla, cinnamon, brown sugar. All that you would expect. What makes this so nice is that it is neither too sweet or too spicy. It gets even better as it warms up a bit!

Elysian The Great Pumpkin: Things start with a fairly standard “less sweet” pumpkin ale flavor profile. Real pumpkin flavor, lots of cinnamon, and a bit of ginger which was surprising. Then there is the taste that makes this one unique: roasted pumpkin seeds. Not sure if other brewers use the seeds or not, but this one does and it is amazing. They add a nice earthy, nutty and… well pumpkin seedy flavor to balance the spice.

Smuttynose Pumpkin Ale: Bold flavors of spice (lots of clove), hops and pumpkin. Just enough malt to bring it all together. If your not looking for pumpkin pie in a glass, you will find a fantastic spiced beer.

Heavy Seas The Great Pumpkin: A good blend of pumpkin (real gourd, not pie filling) and spice. It’s a tad cinnamon heavy, creating a strong lingering tingle. Definitely falls into the “more spice less sweet” camp. I like this one a lot. They also brew a bourbon barrel aged version called the The Great’er Pumpkin. It is like a piece of pumpkin pie drowning in a glass of Wild Turkey, good but not great.

Dogfish Head Punkin’ Ale: Nice smooth and creamy malts, yummy hops are present. A nice collection of spices/pumpkin balance out the sweetness from the brown sugar. A little rum flavor as well. The biggest drawback is the alcohol taste that comes on as it warms.

Hoppin’ Frog Frog’s Hollow Double Pumpkin Ale: Pours with a lack luster head and seems a bit under carbonated. Sweet pumpkin, nutmeg, cinnamon, allspice. The malts in the background are a bit like a buttery pie crust. This clocks in at a 8.4% ABV which is totally hidden. A good balance of sweet and spice with this one.

Rogue- Chatoe Rogue First Growth Pumpkin Patch: This is fairly sweet but not pumpkin pie sweet, more like pumpkin bread sweet. Kind of heavy on the nutmeg and cinnamon but it does mix pretty well overall. I would look out for this one if you are into pumpkin ales, it is worth a try.

Terrapin Pumpkinfest: Although technically not a Pumpkin Ale, this still belongs on this list. Lots of cinnamon and toasted caramel malts. Pumpkin comes through on the finish. This is a tasty hybrid of a Pumpkin Beer and an Oktoberfest.

Samuel Adams Harvest Pumpkin Ale: Sweet malts with a strong showing of caramel. Good Pumpkin flavor is followed by cinnamon, nutmeg, maybe a bit of coriander and all spice. This is a solid Pumpkin Ale that is tame enough to please the masses, and interesting enough to be enjoyed by the Pumpkin Ale fan.

Honorable Mention: These are all fine beers that are certainly worth drinking, or would do in a pinch.

Maybe Not: Here are the few Pumpkin Ale I’ve had that just didn’t do it for me. Not that you should take my word for it, I still think you should try ’em for yourself!