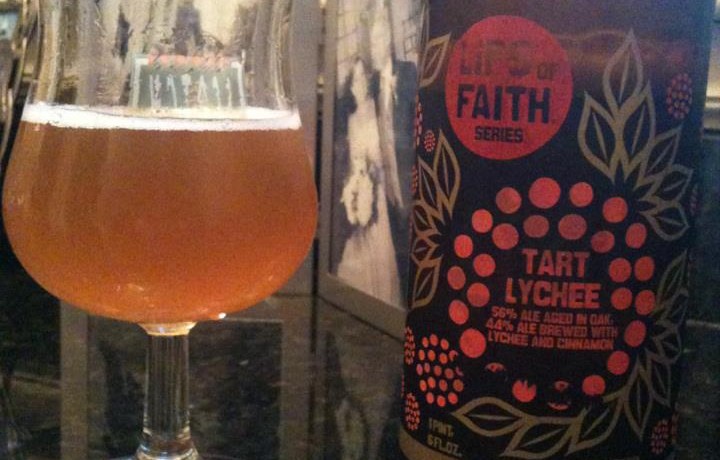 New Belgium Tart Lychee is an American Wild Ale brewed with lychee and a touch of Ceylon cinnamon. It is a blend of 55% ale aged in oak and 44% ale aged on lychee. Lightly tart, but not sour, with a good bit of cinnamon and dry/sweet lychee. There is also a bit of apple mixing with that cinnamon giving it a little “apple pie” like flavor. This drinks a bit like white wine and/or a cider. Quite often the beers in the Lips Of Faith series are very interesting, and I would say this one is no different. 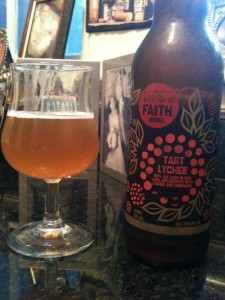