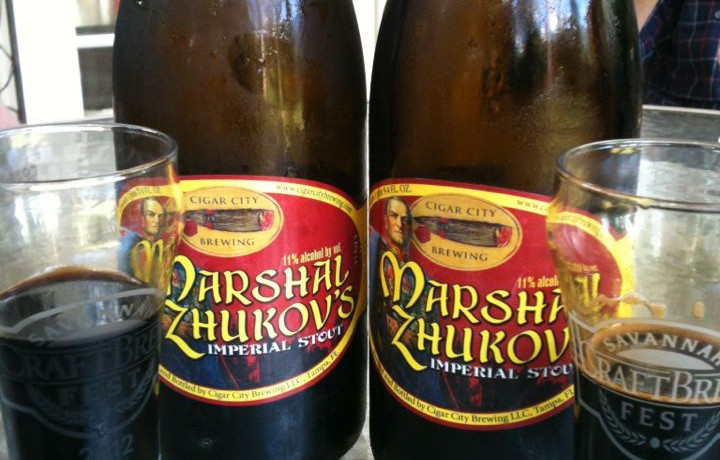 Cigar City Brewing Marshal Zhukov’s is a Russian Imperial Stout. This beer is released once a year in August and is the base beer for the incredible Hunaphu’s Stout. I recently had a little tasting with a side by side of the 2011 and 2012 vintages. Big thanks to our own Raymond for picking up the 2012 bottle for me in Florida, wish you could have made it to the tasting!

2012 aged a couple of months: Big and sweet with the chocolate note dominating. The roasted malts are more pronounced in the younger vintage as well. The hops are still fresh enough to add a slight amount of balance. The alcohol seemed surprisingly absent from this one, but I’m not complaining.

2011 aged 1 year and a couple of months: This vintage has aged nicely, it is thicker and richer with a lot more character. The molasses is coming out much more, as well as better defined toffee mixing well with the chocolate. The hops do fade and it gets a lot sweeter so keep that in mind before you cellar it, but I will say the aged one was better. 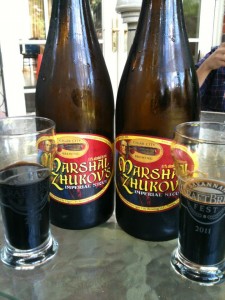