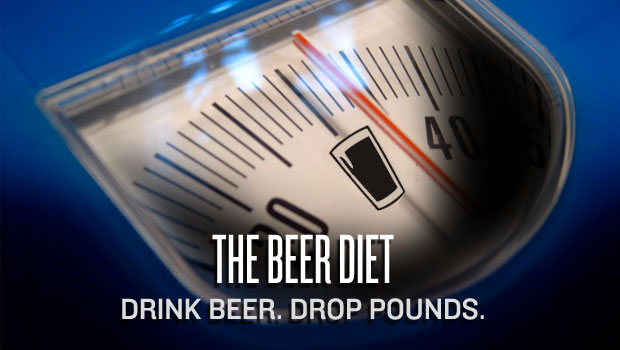 The main purpose of Brew / Drink / Run is to encourage a deeper appreciation for craft beer but to stave off the most common side effect: The beer gut. I hear about this problem all the time from friends who are starting to get into good craft brew. Once you start experimenting with your supply, finding new beers, tasting new styles, hoarding those precious favorites, you drink more often. Some of those tasty drinks are very high in calories. If you don’t do anything else to change your day-to-day, those calories add up and are quickly visible on your waistline.

That’s the situation I found myself in, so I speak from experience. In all honesty, I was overweight before I started my craft beer journey. Only by a bit; but enough that the doctor told me I needed to drop some pounds and work on my cholesterol. So, I started using the elliptical at the gym, exercising for 30 minutes a day, 3 times a week. While the glowing red LEDs told me I was burning big calories, I didn’t see much improvement in my weight or size. I was also starting to feel “heavy”, especially when I played with my young daughter. Carrying her up the stairs was a chore and made my breathing heavy and my back sore.

Then I started homebrewing.

All of a sudden, there was an additional 5 gallons of beer on hand every two months. I started getting into the small details, perfecting styles that I liked and looking for ways to make that beer better. That’s what got my craft beer experimentation into high gear. I was looking for ideas to make my homebrewing more creative and satisfying. My quantity was going up and it was time to get serious about exercising.

Step One: Get Smart About Intake

If you want to lose weight, you have to realize some basic math. Calories taken in need to be less than calories burned. To get a handle on your eating habits, I highly recommend using a smart phone app like Lose It. For six months, I religiously logged everything I consumed. From my over-processed breakfast sandwiches to left-over lunches to restaurant fried foods (and yes, even the beer) I was completely honest and input everything. My trips to the gym offset some of the calories; but it wasn’t enough. There is a game mechanic in this sort of tracking. Exercising more gives you more calories to consume. Lose It enables you to input your goal weight and time to achieve. It then budgets a number of calories a week. You can use those calories whenever and however you want. If you’re good – you stay in the green. If you’re bad, you veer red. Eat less, eat different, work out more. You can also compare your tracking with your friends’ habits for added encouragement.

For me, the right mix was portion control, choosing healthier foods and changing my exercise pattern.

My indoor elliptical routine wasn’t cutting it. While the machine told me I was burning calories, I was bored and uninspired. My change meant following my wife’s lead and starting to run, outside, in the burning heat or freezing cold. My inspiration to run was mostly “getting out there”, breathing fresh air and enjoying my neighborhood and city. Of course, freeing up beer calories was still my primary objective.

I was so surprised that my year of elliptical work left me completely unprepared to run in the elements. My breathing was strained and my endurance was non-existent. It was so hard to run on the street after being lulled by the steady air conditioning and clinical gym environment. I started with a Couch to 5K program (Run 5K), again using an app as my guide. It took the planning and stress out of the runs. I did what the machine told me. Very slowly, my breathing improved. Then, my distances got longer. It was much, much later that I started getting faster. That’s another story. While my slow start was a downer, I quickly noticed a couple of big benefits: I was happier, sleeping more soundly and losing weight.

I had close to 30 pounds I wanted to lose. That round number led me to a weight I knew I would be satisfied with. It was ambitious but not impossible. I would look better; but more importantly, I would feel better. Once I was 20 pounds down, I let the beer return to my routine in a very real way. Two beers a night: One for my meal and one as a “wind down” afterward. That last ten pounds happened because my beers were offset by longer runs, quicker paces and a continued focus on quality caloric intake. Yes, the beer was optional; but I made it work with my program.

My weight is down to my arbitrary ideal number and I’ve been maintaining for a few weeks now. After the first year, I no longer needed any outside aids like apps or spreadsheets to make maintenance a successful endeavor. Like anything, repetition becomes habit. I run three days a week, I make conscious decisions about my food choices, I enjoy tasty beverages.

I wrote this up not to congratulate myself or to make a case for this as the most simple or best way to get healthy. I only want to emphasize that it can be done. It’s a struggle to get started and stick with a system. If I can do it, you can too. And you don’t have to give up beer to be in better shape.