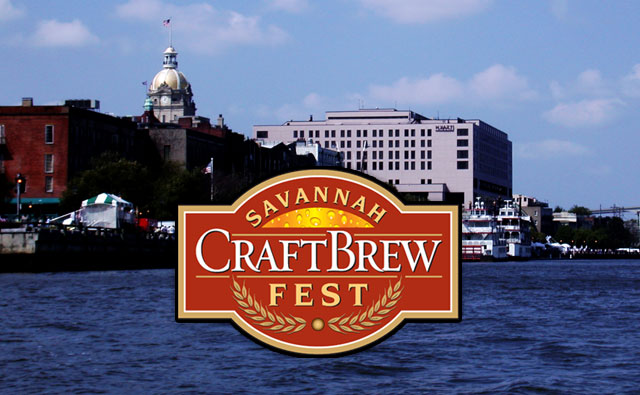 Raymond and I recently attended our hometown beer festival, The Savannah Craft Brew Fest, over Labor Day weekend. Raymond will report on the overall festival, but as an admitted craft beer geek I was very interested in the newly added VIP area. My interest in beer festivals has faded over the past few years, mainly because there is rarely anything new for me to try. Not that beer festivals aren’t fun, I have in fact had a blast at The Savannah Craft Brew Fest the past two years. Still, there is no excitement for me in sampling year round beers.

Enter the VIP area: For an additional $75 in advance you could gain all day access to a curtained off private area that had more rare and interesting beers available. 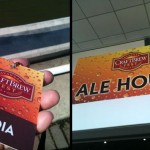 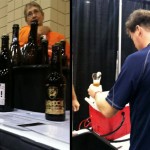 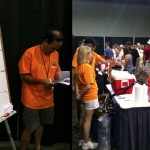 We arrived to the festival early to get our media passes and I noticed immediately that the VIP option was already sold out. I think the promoters were smart to limit the number of VIP passes available to keep the numbers smaller and the lines shorter. As we passed through the curtained threshold I noticed about 12 tables to 15 tables set up with both iced bottles and kegs being poured. One complaint I have is that there was almost zero brewery representation at the festival, mostly just volunteers (who all did a great job, Cheers!) available to talk to about the beers. Throughout the day I noticed representation from Allagash, Red Brick, Moon River and Highland Brewing and I’m sure there were a few more I did not notice as well. Later in the day I talked with Dogfish Head rep Nick Vitalo who made a good point: being that this festival is on a holiday weekend many industry people are looking to spend time with their families rather than going to another beer festival, and you can’t blame them for that. Not long after 11:30am a good number of festival goers were already in the VIP area sampling beers, but over all the space never felt cramped or crowded. I saw some of the usual suspects from the Savannah craft beer scene in attendance, but for the most part I didn’t recognize most of the beer lovers with their noses in a glass or checking in on Untappd. There were numerous beers available to be sampled including Terrapin Samurai Krunkles, Mikkeller It’s Alive!, Jolly Pumpkin La Parcela, Great Divide Chocolate Oak Aged Yeti, Van Honsebrouck St. Louis Kriek and Dogfish Head Positive Contact to name but a few.

If you can’t tell already I am a bit obsessed with hunting down and tasting a lot of beer, both rare and year round. It’s my passion and hobby. So personally I’m not sure if spending the extra money on the VIP area would be worth it for me. Living in Savannah I had already tracked down and tried a majority of the beers available. I think I would be more likely to “go VIP” if I was attending a festival outside my local distribution area. Now I realize that I am not the average craft beer enthusiast, and I quickly concluded that this is actually a great idea if you are taking the “next step” in the pursuit of craft beer. We also met several people who had traveled to Savannah specifically for the festival and were very enthusiastic about the VIP area. We met Lisa and Shannon from Tampa, FL who were very happy to have spent the extra money. In fact after talking for a few minutes about Cigar City Brewing and beer in general I relalized we all attended  the same beer festival several years back in St. Petersburg, FL. We also talked to Robert, also from Tampa, who had come up with his family for the holiday weekend. “There’s stuff here that I can’t find in my local town, that’s why I’m up to the VIP level”  says Robert. When asked what his favorite beer in the VIP area was he quickly replies, “Moon River‘s [Rosemary] IPA, can’t get that outside of here!… I do all my travel based on beer location.”  Seems we aren’t the only people out there taking beer-cations!!

When all was said and done I think I would say the VIP option was a great addition to the Savannah Craft Brew Fest. I hope the promoters decide to keep this going forward, it seems to have been enjoyed and appreciated by those in attendance.