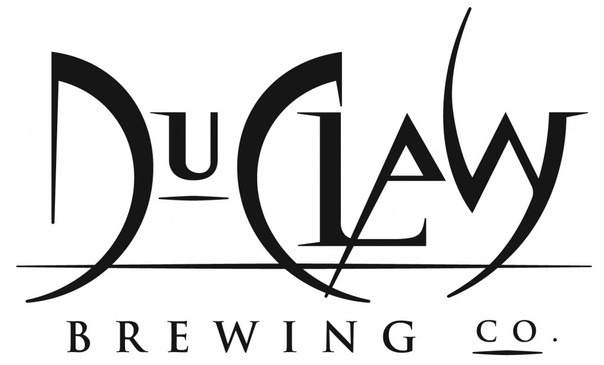 I received these two DuClaw Brewing eXile Series beers as a part of a trade a few months ago. The meat of the trade was set and some DuClaw beers were added to even out the dollar difference. DuClaw appears to be a chain brew pub with several locations in Maryland, my trading partner seemed excited about them so I told him to throw in some of his favorites (Thanks Ken!). The eXile series will rotate styles and is to be released about 4 times a year. From there website: “…eXile beers will be released with much less ‘fanfare’ than our seasonals – no videos, no giveaways, no logos. Just an email (and blog mention) before they go on tap.” I am assuming this porter was the first in the series since it’s named X-1. Although I wouldn’t consider either beer complex, both were quite good and are something I would happily drink again.

X-1 Imperial Chocolate Rye Porter is nice and flavorful with a big helping of chocolate and roasted malts. Unfortunately I really did not get much of the rye at all, maybe just a small bit on the finish. I was definitely expecting more dry spiciness with this. Overall this is one solid imperial porter that I would like a chance to try again someday. 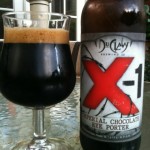 DuClaw- X-1 Bourbon Barrel Aged Imperial Chocolate Rye Porter starts with a nice bit of mild bourbon on the nose. Taste wise there is more mild bourbon mixing with the chocolate just as advertised. I am getting some of the rye on the finish, which is kind of surprising since I got very little rye from the non-barrel aged version. This is a pretty easy drinking bourbon barrel aged porter. 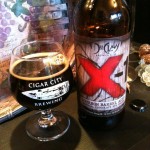