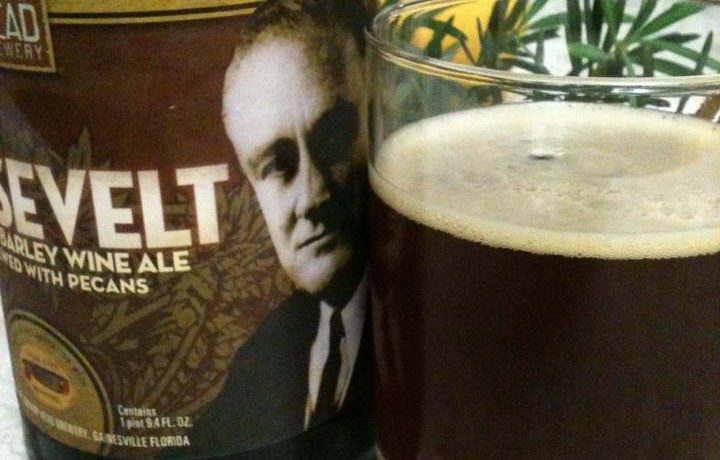 Swamp Head / Cigar City Brewing Roosevelt is an American Barleywine brewed with pecans. The two Florida breweries also collaborated on an English Barleywine called Church on a HIll (Churchill). The beer starts mostly just hoppy and boozy with a good bit of astringent bitterness. I am thinking some oxidation has already occurred, which is disappointing since this had only been aged one year. Not much malt sweetness has developed yet, a bit of non-complex caramel and molasses, a little raisin appears as it warms. I only get a slight hint of the pecan on the finish. I have to say I was expecting something more from this beer, I am hoping the other bottle I have will change for the better over the next year or so. 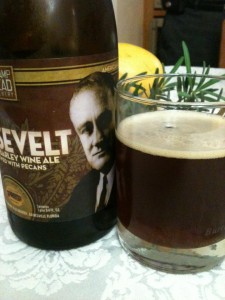