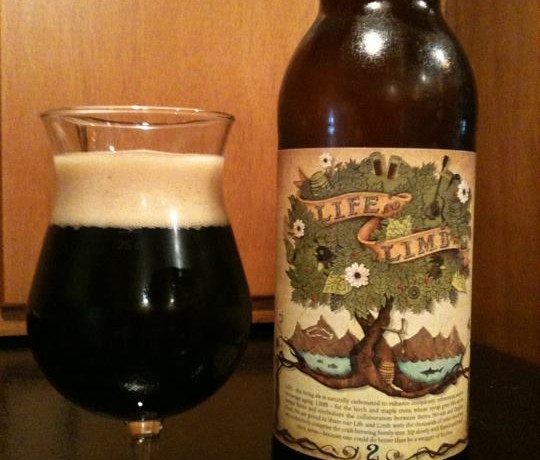 Life & Limb 2 is an American Strong Ale that is a collaboration between Sierra Nevada and Dogfish Head. The original Life & Limb was released in 2009 and sold out nationally in about two weeks! It even has its own official website. The beer was brewed with birch syrup & pure maple syrup from the Calagione family farm in Massachusetts, and also with estate barley grown on the Grossman “farm” at the Sierra Nevada brewery. The public demanded more, so in May of 2011 Life & Limb 2 was brewed in much larger quantities. Lee, Paul (our special guest) and I enjoyed this for our grand tasting on podcast 12. I will include my original notes below from the first time I had this, that bottle was enjoyed about about 6 months old in November of 2011. As a side note we talk in the podcast about this being about a year old, but in reality this bottle had closer to two years of age on it.

6 months: A fantastic aroma of chocolate covered caramel. Nutty brown malts with a bit of dark fruits. The maple/birch syrup is adding good sweetness to balance the hops. Alcohol is slightly noticeable. A little aging might draw out some more complexity.

1 year 8 months: The hops have faded quite a bit, with only a trace of spice. Not sure that the age added any more complexity, but it has mellowed nicely while keeping a very similar taste profile. Some additional time has added a bit of funkiness as well. This has aged into a great sipper and I would strongly suggest grabbing that dusty bottle if you happen to find one sitting on a shelf somewhere. 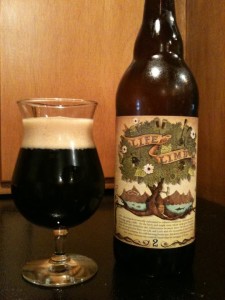