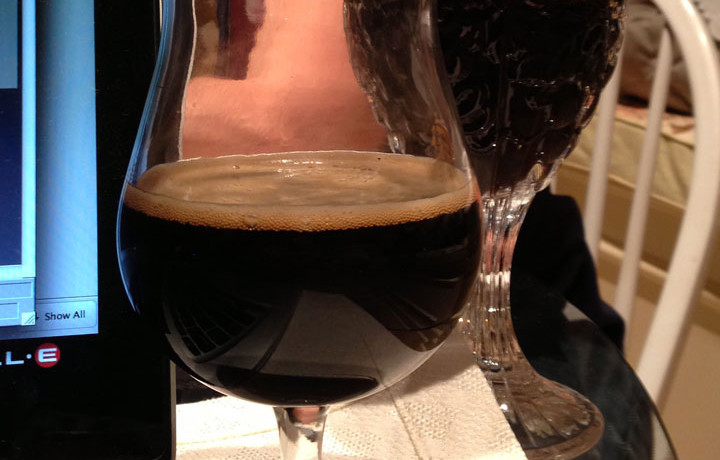 On lucky podcast number 13, we had the chance to sample North Coast’s Old Rasputin XIV (aged one year) side by side with Old Rasputin XV which was released late in 2012. 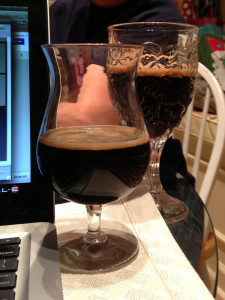 While I often make excuses for myself when it comes to reviewing stouts, which are not in my typical go-to beer wheel house, there are some key terms that I hone in on when it’s time to select one of those bottles for my cellar. Words like “imperial” and “bourbon” are both strong indicators that I may be more inclined to give a favorable review. With Old Rasputin, I get both of those, which means we’re off to a great start. These vertical tastings add another dimension that sometimes unfairly casts one bottle in a harsher light. With a Russian Imperial Stout you expect the older bottle to mellow, with the hops receding and the individual flavors all mingling together for a smoother, more consistent taste. That’s exactly what happened to last year’s Old Rasputin XIV. To really pick out what those original flavors were, you have to open up a fresh bottle.

Old Rasputin XV has an unexpectedly thinner mouthfeel and several uniquely complementary (if independently strong) flavors. The bourbon is the most noticeable taste – and strong on the nose as well. That’s followed by a subtle vanilla undercurrent and chocolate that alternates between creamy milk and bitter dark. The toffee and rich blend of malts form a baseline over which the bright hops shine through the pitch-black darkness. The biggest surprise is really how open and sparkling this beer is for a Russian Imperial Stout.

Which is better? That’s hard to say as I think you have to taste it fresh to really appreciate how well the one year bottle has aged. XV is probably a more interesting beer – but XIV is more all-around delicious and pleasing. This is an expensive purchase at over $20 per bottle plus aging time. However, if you’re looking for a vertical tasting with a big difference between bottles to explore the benefits of aging, Old Rasputin is a smart pick.