Last summer on my beer tour up the east coast we made a pit stop in Plymouth, Massachusetts for a little history. This stop included a trip to Plimoth Plantation, a historical park located just outside of the city. At Plimoth Plantation my wife picked up a brew kit from the gift shop. This kit was a one-gallon 17th century “English style ale.” I had wanted to try a gallon kit for a variety of reasons so this was a good find.

The kit itself was contained pretty much everything you needed to brew up a batch. It came with powdered malt, hop pellets, a bottle stopper, airlock, priming sugar and instructions. The only components that were missing was a fermenting bottle, brew pot and bottles. The brew pot was easy enough as any stockpot works for a one-gallon batch. The instructions suggested a glass cider bottle be used as a fermenting bottle and to use resealable (grolsh) style bottles. The only parts I changed were using regular bottles/caps and I had to buy a new bung as the one included in the kit didn’t fit the bottle I had.

The brewing process was the same as any other beer kit. The only quirks here were the dry malt and the dry yeast, neither of which I had never used. Those quirks were just bumps in the road though and the brew was easy and went well.

The bottling process was a little strange. It felt weird to transfer one gallon of beer into a bottling bucket, but it was a better solution than just funneling the beer into each bottle. I did probably lose a bottles worth of beer in the transfer process as I stirred up the sediment. That was a shame too because a gallon only yields 9-10 bottles.

The Plymouth Ale turned out to a pretty good drinker. I was very pleased at how clear and smooth it turned out. This kit was a fun experiment, yielded a few good bottles of an easy to drink beer and left me with all the gear I need to set up future small batch, side project beers. I could not find much out about the kit manufacturer but Plimoth Plantation still sells the kits as well as a cranberry wheat kit online. 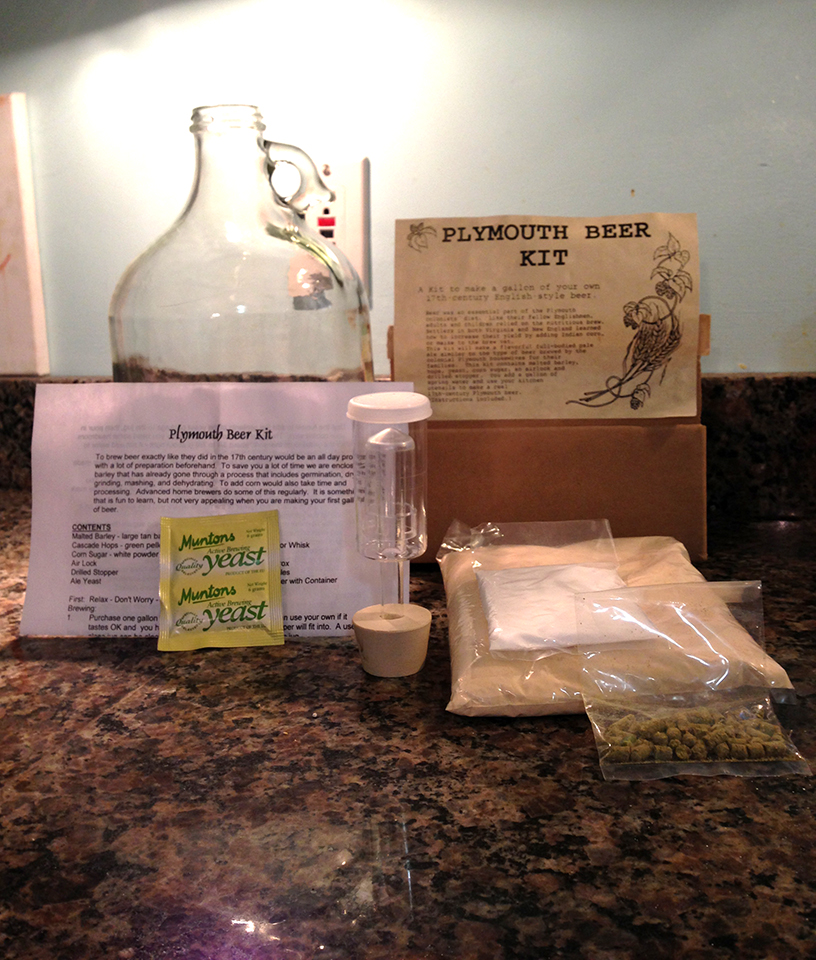