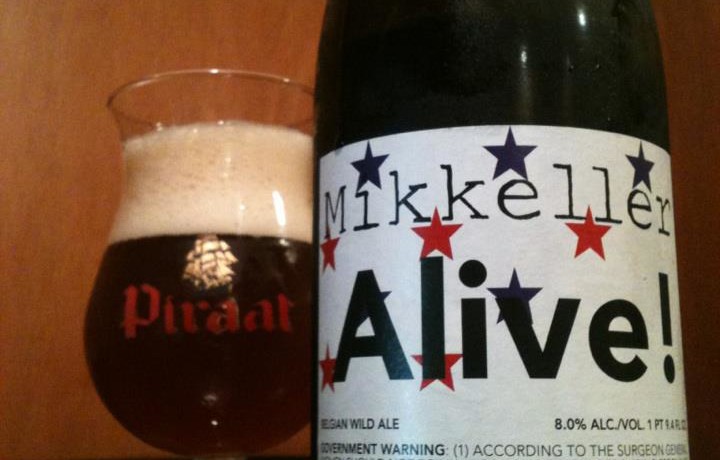 Mikkeller Alive! is a Belgian Strong Pale Ale. Yet another confusing beer from Mikkeller. Originally called UsAlive!, it’s now called Alive!. They originally referred to this as an American Wild Ale, it is now called a Belgian Wild Ale. Assuming it is all the same beer it tastes like a nice cross between a Belgian Pale and a Saison to me. Solid carbonation, flavorful (but generic) citrus fruit, some bready malt and a good bit of barnyard funk. (I’m assuming the funk is coming from the wild yeast strain) Grab a bottle if you see one at your local bottle shop, this was very good. 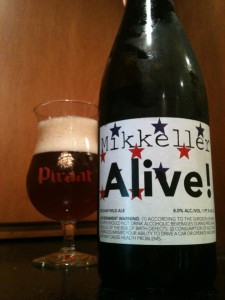