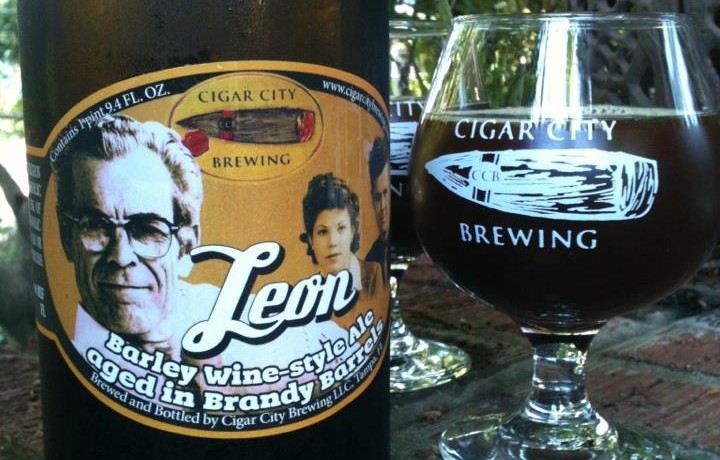 Cigar City Brewing Leon is an English Barleywine aged in brandy barrels. The beer was bottled on September 7, 2012, and cellared for about 7 months. On the Bottle: Leon Jay Coker. Craftsman, soldier, father. Born in Lily, Florida. Died in Arcadia, Florida 1926 – 2012.  I’m not sure the connection Mr. Coker had to Cigar City, but he was clearly a hero to someone there. This was a brewery only release, and seems to be one of the more sought after Cigar City beers out there. Huge thanks to my parents, and my friend Jim for picking me up a bottle of this. I finally decided to pop one open to see if I wanted to offer the second one up for a trade.

Wow, this beer is just outstanding! Huge flavors of caramel, raisins, figs, brandy and alcohol heat. I’m also getting more subtle notes of oak, vanilla, chocolate and brown sugar. I feel like I might pick out something new with each sip. This is one sweet and decadent beer. Obviously hard to find at this point, but if you have the means to acquire one I would strongly suggest it. It seems my plan backfired a bit, not sure if I will be able to let go of my second bottle or not. It would have to be something special for sure. 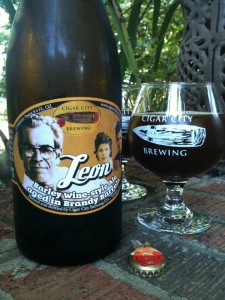