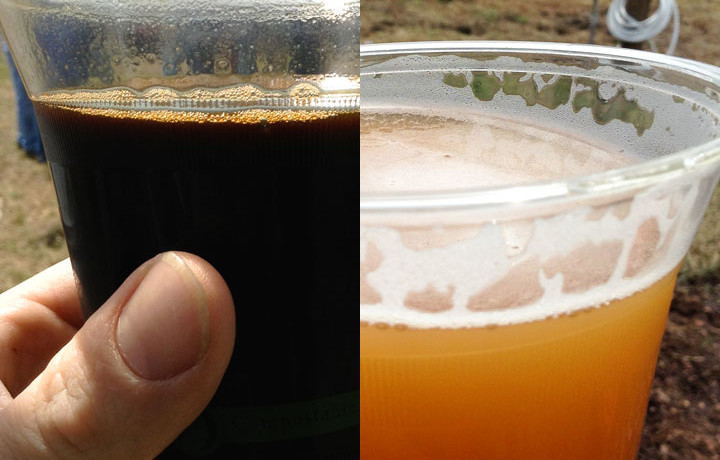 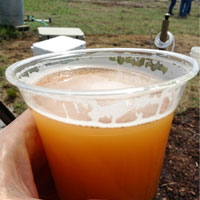 Evil Twin Brewing’s Hipster FIRE is their American Pale Ale brewed with fresh slices of jalapeño peppers. The heat is evident in the aroma right from the start. It is the first thing I noticed when I drank it as well, but I was surprised by how I tasted the entire pepper. The only other beer style I’ve had brewed with hot peppers is a chili-porter. The chili-pepper taste was much more complex in FIRE than what I find in the typical porter. Most chili-porter’s get the heat from the pepper and little else. The heat did not stick around once I swallowed. I got all the benefit of biting into a fresh pepper without the aftereffects! After I got past the jalapeño I got tastes of pine, citrus and grass – all the trappings of an IPA more so than simple pale ale. FIRE is a complex beer but still rather easy to drink if you can stomach the heat. (5/5) 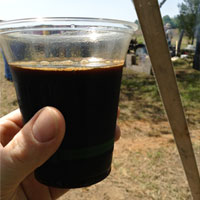 BEEF-Scotti is Russian Imperial Stout in Evil Twin’s Biscotti Break line of beers. Like the others it is a sweet and ready for sipping with dessert. Unlike the others it is brewed with beef jerky made from LJ Wood Farm’s Pineywood cattle. This is the first time I’ve had a beer brewed with meat and I wasn’t sure what to expect. I came away a bit disappointed, as I didn’t detect any meat flavors. It was still quite enjoyable and complex with flavors of brownie, chocolate, coffee, vanilla, graham cracker and cream. When the brewer started with the world-class Imperial Biscotti Break there was little room to go wrong even if the aim to introduce beef flavor misfired (no pun intended). (4/5)

Jonathan works in wholesale at Savannah Bee Company and lives in Savannah, GA with his girlfriend. With her somewhat hesitant support he plans their trips around what breweries are in the area and always drinks his beer from the correct glassware. You can follow him on Twitter @JnthnL.