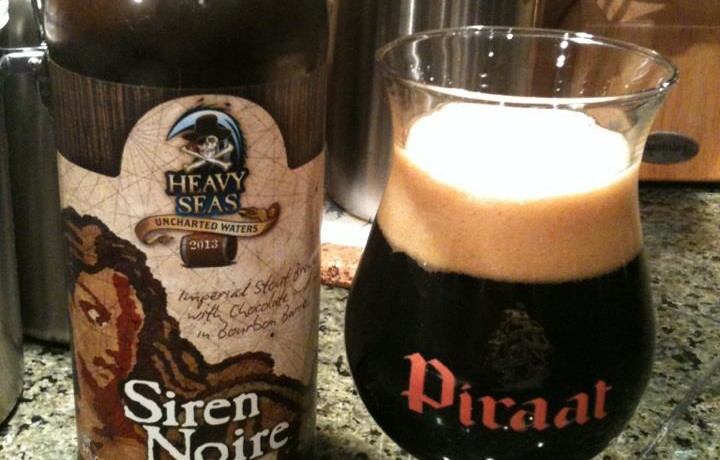 Heavy Seas Siren Noire 2013 is an American Imperial/Double Stout and has been revamped from the original version. I also believe this is the first release for the newly created Uncharted Waters Series. The biggest changes in the beer are the tripling of the amount of chocolate nibs and the addition of vanilla bean. The beer is now also aged in bourbon barrels for three weeks. Much like the original there is a lot of milk chocolate flavor, along with a little bit of hop bitterness on the finish. Where this beer improves is with the addition of the barrel aging, it doesn’t add a huge bourbon flavor but it adds some much needed balance. 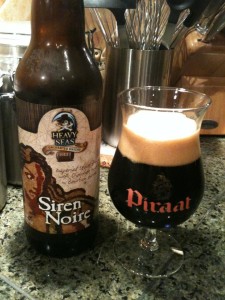