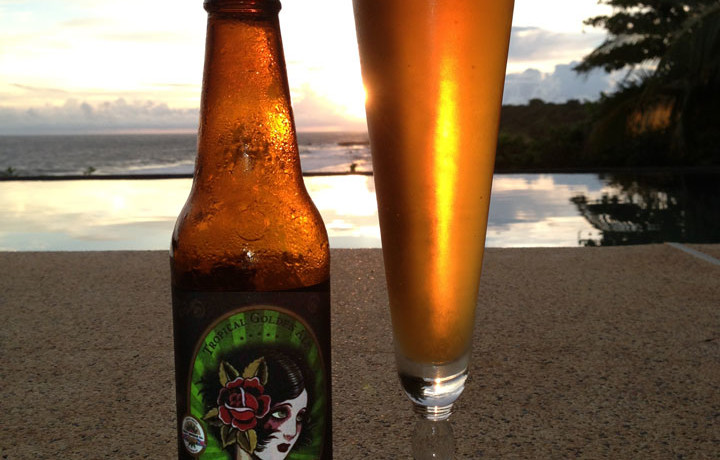 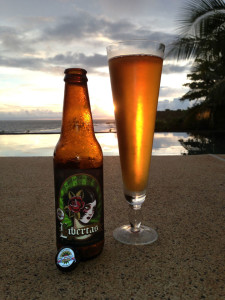 Be still my beating heart:  A beer in Costa Rica where you can actually TASTE THE YEAST!

For a fan of Belgian beers, I have to say that the landscape was bleak when I arrived in the beautiful Nicoya Peninsula for a month of fun in the sun – but little to no good beer. I was filling my days with Imperial (the self-proclaimed national beer of Costa Rica) when we happened to stop into Marlin Bill’s restaurant in Nosara for lunch. Their one tap held Libertas – and I was immediately smitten.

One of two year-round beers from Costa Rica’s Craft Brewing Co., Libertas is a golden ale with a slightly tropical bent. That rush of mango-like sweetness doesn’t come from fruit adjuncts – it’s all in the yeast. This refreshing, sessionable golden ale is the perfect reprieve from the bland landscape of Central American lagers.

I honestly can’t tell you how much I enjoyed drinking Libertas. Every time I was able to buy a glass or bottle, I leapt at the opportunity. While it’s difficult to gauge if this is because of the relative scarcity of craft beer or not, I honestly believe this would be a regular pick up for me, even in the states with our endless aisles of Belgian ales.

In addition to the tap at Marlin Bill’s (Bill says they go through about two kegs a week!), I was also available to sample it on tap at the Black Sheep Pub outside of Nosara, Volcano Brewing Company on Lake Arenal and in bottles.