This summer our family went to Costa Rica for four weeks. This was a leisure trip, mostly for vacation and relaxation; but also to expose my daughter to a new culture, feed her curiosity for wildlife and natural sciences and become better global citizens. While there are plenty of concerns about visiting another country, my primary worry was if I could find good beer! I did discover a few cervezas that were worth the extra calories (check the beer reviews section this week for my tasting notes). I should have also been concerned about where I would be able to run.

Our rental home was on a desolate stretch of road on the Nicoya Peninsula, between Marbella and San Juanillo. If those names don’t ring a bell, don’t feel bad. Many locals didn’t know those locales either. The main road has a number, 160, and is a major thoroughfare, the only route from the north to the thriving expat community of Nosara. It’s an unpaved, dirt, gravel and clay road that often is only narrow enough for one car width at a time. There are rivers that cross the road and major ruts and earthquake enhanced crevices that make four wheel drive and patience necessities for travel. The narrow bridges and blind curves are dangerous and some of the locales drive like maniacs. But it was perfect for running. 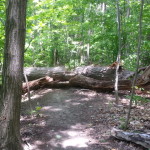 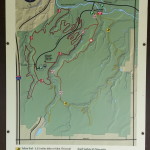 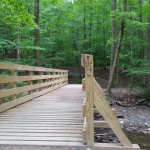 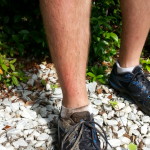 While a major road, in the mornings there was little to no traffic on the three miles surrounding our community turnoff. By seven AM, the sun had already been up for two hours and the heat and humidity were high enough to break your spirit. The hills were killers and you had to watch your step so that a wrong footfall into a deep hole wouldn’t break an ankle. To make up for those hardships, you got to hear howler monkeys making gutteral groans from treetops and see cows with long, droopy ears and arched horns stare at the silly gringo running down the road.

The Ticos (local Costa Ricans) would smile broadly as they looked up from their farming implements or the backs of ATVs, just as amused as the livestock to see someone braving those harsh elements in the name of exercise, or worse, fun.

It’s always thrilling to run in a new place; but experiencing an environment so different from home, on foot, seeing everything new for the first time was completely exhilarating. In addition to running near our “home” I also had the thrill of running in farmland at the base of the Arenal Volcano and through the lush cloud forest in Monteverde. Unfortunately, the soft black sands of Playa Azul were a bit too soft. With every step I sank three inches into the dark powdery sugar.

I don’t know if life will ever lead me back to Costa Rica; but the miles that I logged on that dusty stretch of Highway 160 will stay with me forever.

Watch a few seconds of my Monteverde run below: