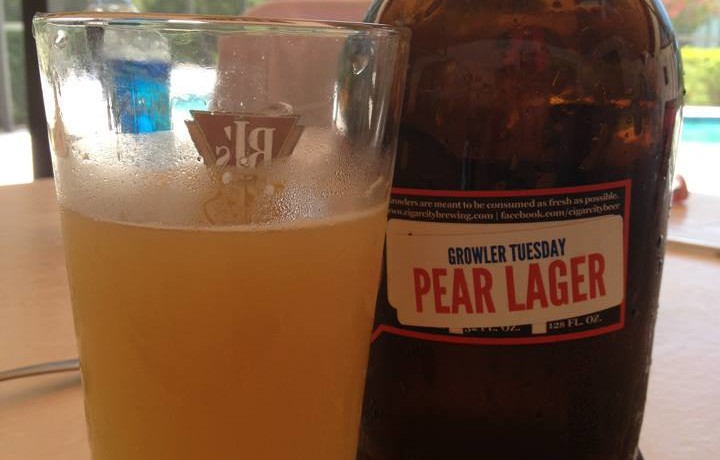 Cigar City Brewing Pear Lager is a Fruit Beer. This was the Tuesday Growler selection for 7/30/2013. For those of you who are not tapped into all things Cigar City, here is the story behind Growler Tuesday… Taproom patrons were often frustrated that many (if not most) “one and done” speciality beers were not available for sale in growlers. So in an effort to please they now release a new beer every Tuesday that is only available for growler purchase. They are almost always $8 for a 32 oz. fill, limits vary.

I have to admit I was a little disappointed in the selection on the day that I was lucky enough to be in Tampa on a Tuesday, but it’s CCB so I picked up a growler anyway. Glad I did too, this beer was not only surprising but outstanding. Lots of pear on the nose that follows into the taste. Add some cinnamon and a crust like breadiness and you have a beer that tastes exactly like a pear cobbler. This actually went quite well as we sat by the pool later that day! Not something I would want to drink all the time, but I’m always amazed at the accomplishment of these kind of fruit beers. 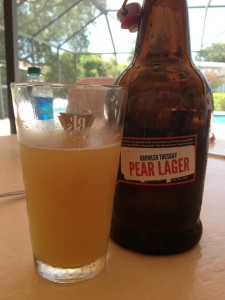