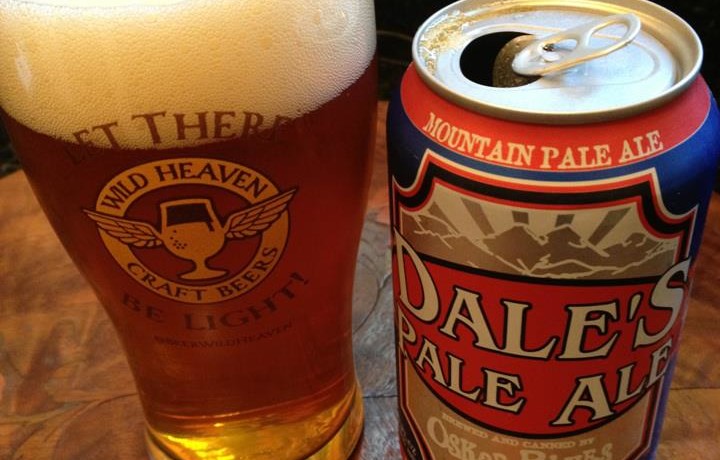 Once again it is Throwback Thursday, when we feature and oldie but goodie!

Oskar Blues Dale’s Pale Ale is an American Pale Ale that is arguably THE quintessential American Pale Ale. (Hard to choose between this and Sierra Nevada Pale Ale for that honor) Citrus and pine hops explode everywhere, while the cracker like malt sweetness slowly peeks through towards the end creating a bit of Pale Ale like flavor. In some ways this is more IPA than a lot of IPA’s! I have to admit I have loved this beer from sip one, it was bold, bitter & flavorful. And it was in a can. If you can think back to three or four years ago, canning was not nearly as prevalent or appreciated as it is today. I love the fact that Oskar Blues cans not only this beer, but all of their beers. It has taken a few years for people to start to get over the “can stigma” (and I know a few guys who still have a hard time), but if there was ever a beer to prove the container doesn’t make the beer… it’s Dale’s. 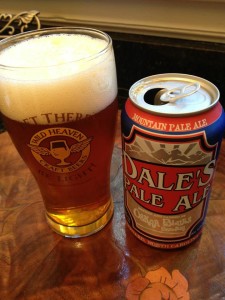