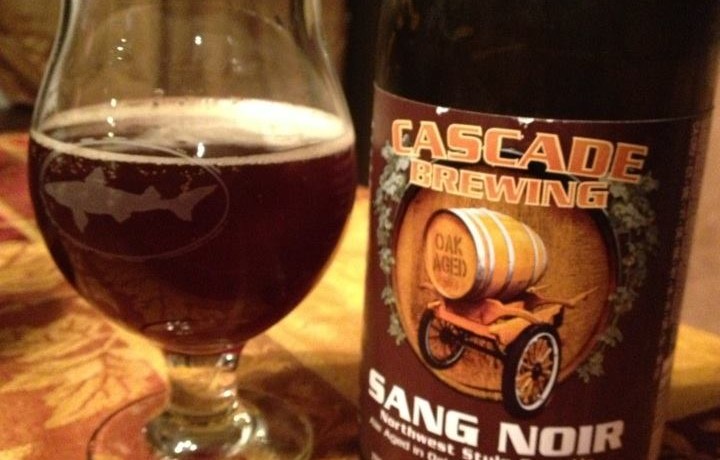 Cascade Sang Noir is an American Wild Ale. This is the 2011 Vintage, aged for about 2 years more after bottling. From the bottle: … a blend of red ales that were aged in oak and Bourbon barrels for 12 months before aging on fresh Bing and sour pie cherries for an additional 6 months. I’m pretty sure I found this bottle at Green’s in Greenville, SC, probably during the summer of 2012. I aged this bottle until 2013 based on the advice of a friend who knows the beer. The beer is absolutely outstanding. I’ve never had a freshly bottled version of this, but at this point it is one on the most drinkable sour ales I have ever had. Still tart and sour, but easy to sip and enjoy. Only a mild amount of cherries in the flavor, but a lot of cranberry is coming out for me. Hints of oak, green apple, vanilla as well. This was a expensive beer investment, but worth every penny I spent on it. Fantastic! 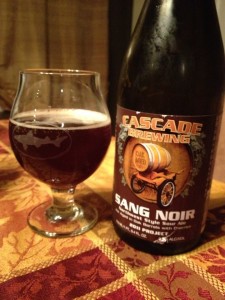