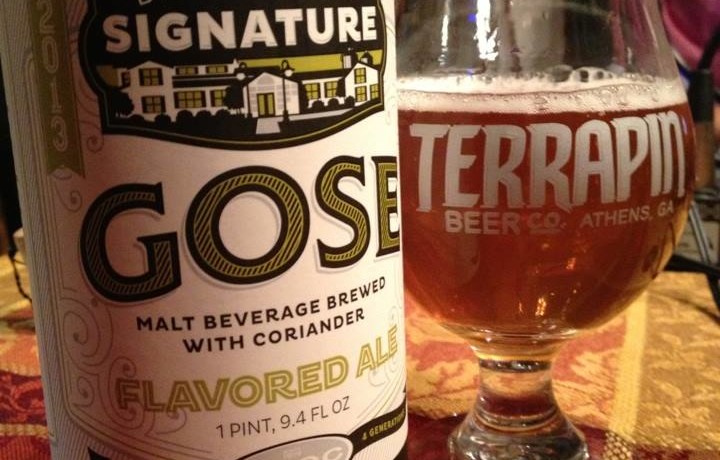 Ever since trying the immensely sour Westbrook Gose I have been looking for more to try, unfortunately the style isn’t super common. (But it is growing) I was excited to see Choc Gose at Hop City in Atlanta at Thanksgiving time, in my cart it went. A member of their Brewmaster’s Signature series, this appears to be released once a year. This review is for the 2013 vintage. The beer is a pretty light golden color, but more cloudy on my second pour. Lightly tart with a lot of mild lemon and a medium saltiness. The beer is a bit watery and there is an odd, off putting note I can’t quite describe that comes out as it warms. I found this to be an enjoyable Gose, but just short of being great. I need to seek out more of the style, I have a suspicion that Westbrook made an “extreme” version and that most are more “mild” like this one. The bar has been set pretty high by Westbrook, but isn’t research is fun! 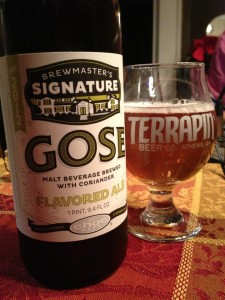