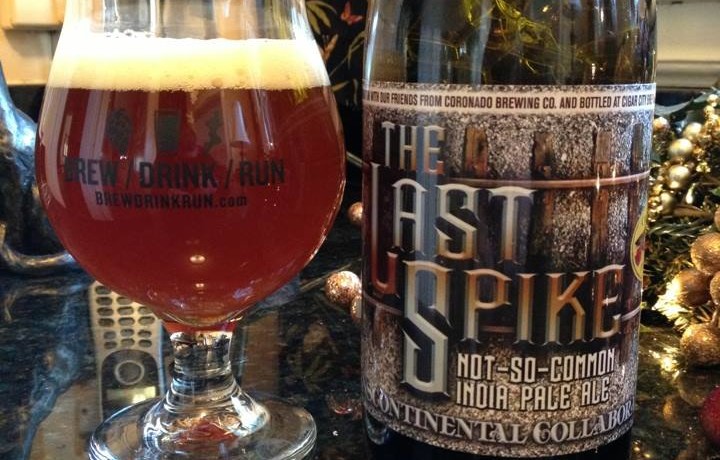 Cigar City Brewing and Coronado teamed up to create The Last Spike. The beer was brewed to celebrate the 144th anniversary of the First Intercontinental Railroad, to do so the decided to make a California Common that drinks like an IPA. I found this bottle at the end of December 2013, and it was bottled on 8/21/13. Since this is a completely made up style I have no idea what 4 months of shelf life would do to it. This smells really good, sweet and malty with a pinch of hops. Taste is the same, pretty sweet with a toasted bread malt base. Hops have probably faded a little, but there is a good bitterness and a piney/citrusy flavor from the Chinook and Pacific Jade hops. My socks are still on, but for a wacky idea like this I am pretty impressed. 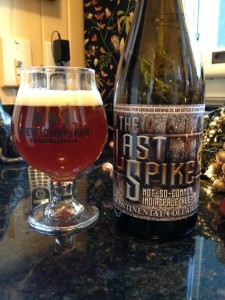