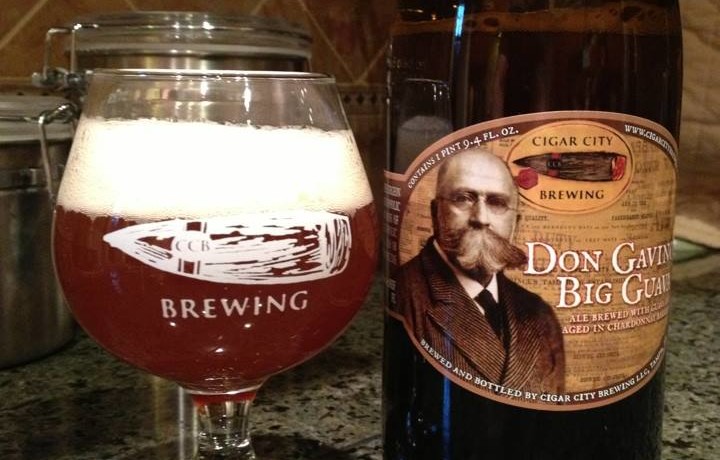 Cigar City Brewing Don Gavino’s Big Guava is a Fruit Beer aged in Chardonnay barrels. Not an overly complex beer but this one is really good. Getting lots of sour guava fruit on the nose. I was expecting a sour beer given the nose, but it is only has a slight tartness. Very highly carbonated, almost champagne like. The star of the show is the flavor from the wine barrel, lots of oak and chardonnay on the taste. Probably not the sexiest beer from the First Edition of the El Catador Club, but I personally enjoyed this quite a bit. I don’t see this aging particularly well, so I’d go ahead and drink it if you have a bottle. 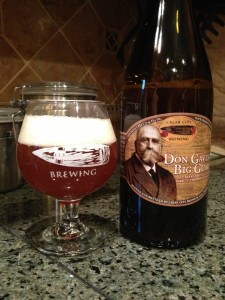