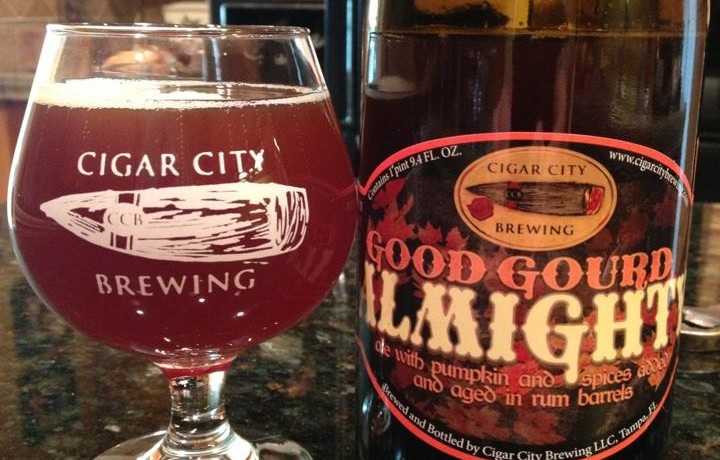 Cigar City Brewing Good Gourd Almighty is a Pumpkin Ale aged in rum barrels. Good Gourd, the normal seasonal version of this beer, is one of my favorite pumpkin ales. This barrel aged variant was a part of the First Edition of the El Catador Club. I haven’t been too impressed with barrel aged pumpkin ales up to this point, but most of those have been bourbon barrel aged. The mixture of big a whiskey flavor and pumpkin pie just don’t work for me, the rum barrel treatment with this beer is a different story though. It has all of the good pumpkin ale flavors that are in the base beer: pumpkin flesh, nutmeg, vanilla, cinnamon, brown sugar. What the barrel adds is big rum sweetness and a bit of alcohol heat. I had this beer a few months after the release and it might still be a bit too hot, so I think I’m going to hold on to my 2nd bottle for a special treat this Fall! 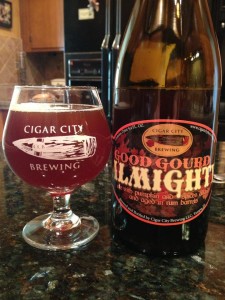