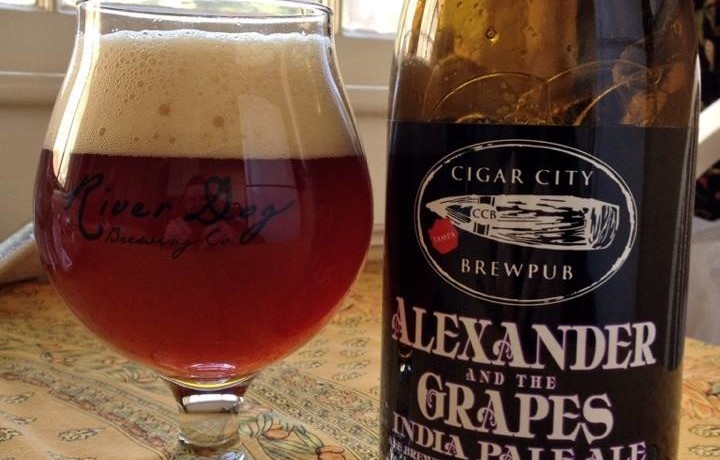 Cigar City Brewpub Alexander And The Grapes is an American Double/Imperial IPA brewed with muscadine grapes. The grapes are sourced locally from Dade County Florida, and the beer is named after the local Indie Rock band of the same name. Apparently the band also released a seven inch to commemorate the beer, but that wasn’t for sale at the CCB Brewpub when I picked up this bottle. I have tasted a muscadine like flavor in IPA’s before but this is chock full of that flavor as advertised. Very sweet but also hugely earthy just like the muscadine. I wasn’t so sure about this at first but it really grew on me sip by sip. Give it a shot, but seriously you had better like muscadine grapes! 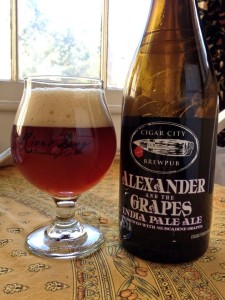