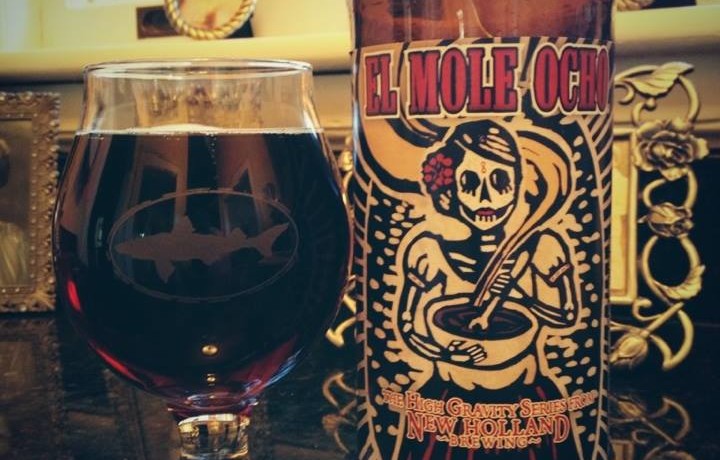 New Holland El Mole Ocho is a Herbed/Spiced Beer. I was a bit apprehensive about picking up this beer. New Holland is pretty much all over the map for me, some beers I love and some…well, not so much. In the end I couldn’t pass on the great label, and my need to stock up on beerstreak beers! I was kind of expecting a stout, but after a closer look it doesn’t say it’s a stout anywhere on the bottle. Not sure why I assumed this was a stout? Anyway, it pours an interesting red/brown color with an almost instantly disappearing head. Lots of cinnamon and some chocolate on the nose. Chocolate and sweet spice, dark cherries and plums with a hint of coffee. I’m not getting the dried chilies promoted on the bottle though. Pretty good job of emulating mole here, I really like the flavor quite a bit. This would obviously pair well with mexican or tex-mex food, or maybe as an after dinner sipper to share with friends. 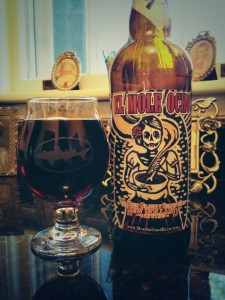