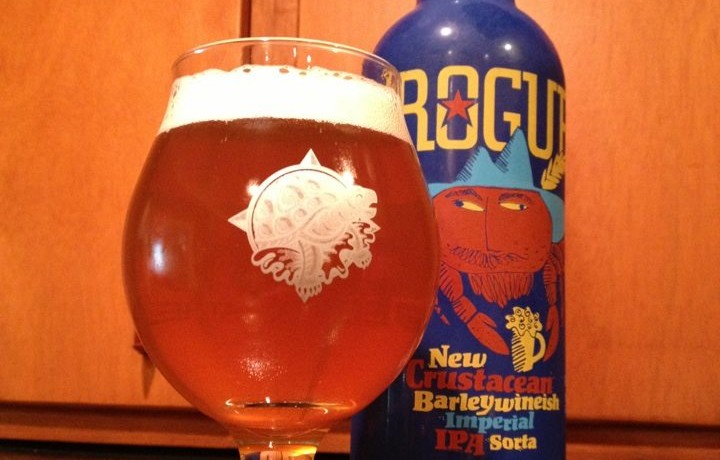 Rogue New Crustacean Barleywineish Imperial IPA Sorta is an American Double/Imperial IPA. Or is it an American Barleywine? I guess that is the point. For me this drinks more like a DIPA, but the name of the beer is very accurate. There are truly elements of both beer styles to be found. The smell is straight DIPA, along with a surprising hint of what smells like Belgian yeast. Sweet but light caramel starts the taste before a blast of big hops. The barleywine aspect is a bit lost on me until the finish and aftertaste when it becomes straight barleywine. A little too unfocused to be great, but it’s a very enjoyable beer to say the least. 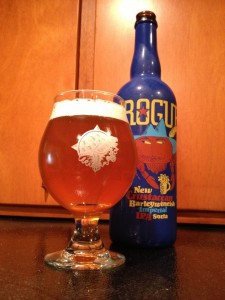