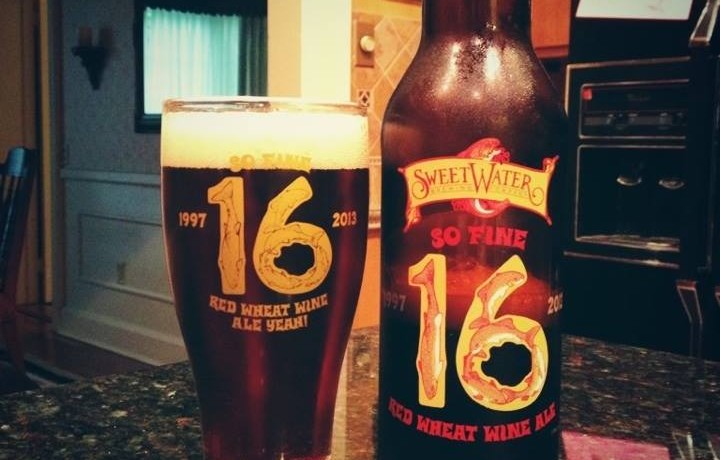 Sweetwater 16th Anniversary Ale is an American Wheatwine. I tasted a small bit of this a year ago when it was released and it sure was a sweet sixteen! This 11% ABV beast was sweet and boozy, pretty simple. It was tasty at that point but I thought this would shine with some age on it. So fast forward one year: This is really much more complex at a year out, it’s really aging rather well. Most of the booziness has gone away, althought here is still a bit of alcohol bite. The flavor has developed into sweet and rich toffee that is mixing with a little cola and spices on both the nose and palate. The finish is a touch bitter like an aged barleywine, but with a more Wiezenbock like flaovr to it. Definitely was the right choice to age this, just wish I had another couple! 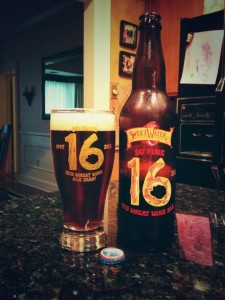