No Shame in Shandies

The path of the average craft beer drinker typically takes them on a journey from light, creamy ales to bitter IPAs then on to darker fare like big, roasty imperial stouts and terminates with acidic, tart sours. Those who get serious about their beer often remain tangled up in those more complex styles, bouncing around between the over-hopped, higher-alcohol or more exotic, rare variations on the form. I know first hand, watching my bank account slowly deplete from importing rare beers in order to satiate my hobby of finding new, extreme flavors to check off my to-drink list.

In my opinion, this behavior is more about appreciating the “craft” in craft beer than anything else. Being able to experience what true artisans have labored over in an attempt to perfect an existing genre or in some cases invent entirely new styles of ales and lagers.

As a connoisseur, one thing you never want to do is to compromise a brewer’s art, whether that be by improperly cellaring, using the wrong glass or (heavens no!) tainting that beer with an outside agent. That’s the unforgivable sin of “serious” beer lovers: The beer cocktail. 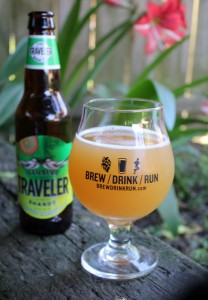 Shandies are one of the oldest forms of beer mixing shenanigans, dating back over 100 years to Germany, the motherland of the US brewing tradition. To create a shandy, the bartender blends 50% mild ale or lager (think Hefeweizen, Pilsner or Helles) with 50% carbonated lemonade or citrus soda. It’s refreshing, it’s light, it’s got beer in it and it’s delicious.

Now, I wouldn’t give up a coveted Alesmith Speedway Stout variant for a shandy or anything. But given a choice on a hot summer day, I’d rather drink a zesty shandy on a boat while idling through a tidal creek than a thick, molasses and coffee infused high alcohol snifter of acclaimed Russian Imperial goodness. To everything there is a time, place and season. And there is no shame in appreciating a refreshing traditional beer cocktail.

It’s easy to make your own shandy at home. But, if you’re hitting the beach or ravaged after a long day of yard work, you can purchased bottled shandies at your local beverage shop. There are more on the shelves every year and even one brewery that’s devoted itself entirely to the shandy cause.

The Traveler Beer Company is a part of the Boston Beer Co. subsidiary Alchemy & Science’s portfolio of brands. They do one thing: produce bottled and canned shandies. Their flagship, Curious Traveler, arrived in Georgia this spring.

Traveler’s beers aren’t blends of beer and soda, but ales brewed to recreate that classic mixture of tastes. In Curious Traveler’s case, that means adding fresh lemons and limes to the recipe, forming a bright, bubble-infused, citrus beer. Their Illusive Traveler substitutes grapefruit into the mix and is a sweet drink with a splash of grapefruit tart. Imagine a mild hefeweizen with a twist of grapefruit juice combined with a lemon spritzer.

Traveler is the new kid on the block, but SABMiller brand Leinenkugel’s Summer Shandy has been locally available for years and is easy to find in many grocery store beer aisles. AB InBev’s Shock Top imprint has a shandy variant as do global brands like Foster’s, Carlsberg and Molson Coors.

Here’s a quick and easy recipe for making your own craft beer based shandy. Since you’ll be diminishing the flavor of the source beer by dilution, use a lower-cost, more common beer. You don’t need to pop open an Icon Biere de Saison in order to make a perfectly delicious shandy.

Combine beer and soda in small increments, blending to taste. Traditionally, it’s a 50/50 split. However, depending on how strong your beer or soda flavors are, you may customize the ratio to find your perfect proportions.