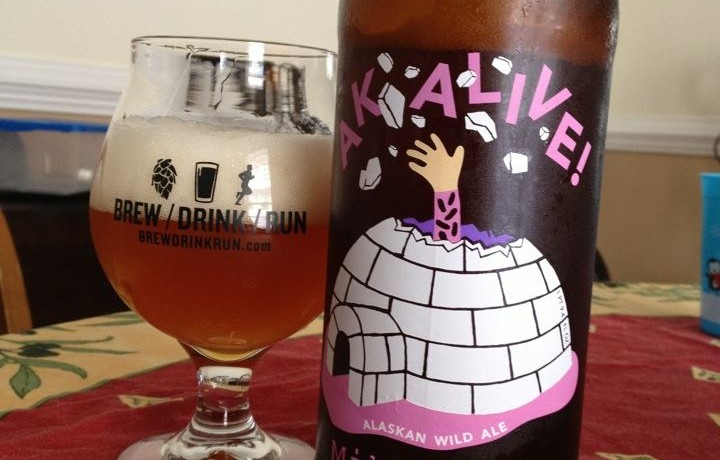 Mikkeller AK Alive! is an American Wild Ale brewed and bottled at Anchorage Brewing Company. I removed the cage and started to look for a beer glass and noticed the cork removing itself on its own!!! I was able to grab it before it shot up to the ceiling, but be careful opening this one!

I was a bit surprised to not have the beer foaming out of the bottle or overflowing out of the glass when poured, but this is still one of the most carbonated tasting beers I have ever had! There is so much tingle and sting in the mouth that it’s becoming the major component of the beer! The wild yeast strain used in the beer is a crazy kind of funky right now, zero sourness.

I’d take a chance on this is you’re a funk junkie, or a Mikkeller completest, but my bottle was just way to carbonated to really get into. 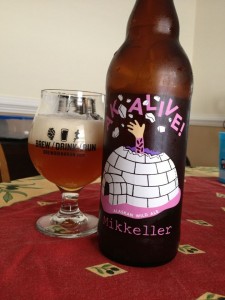