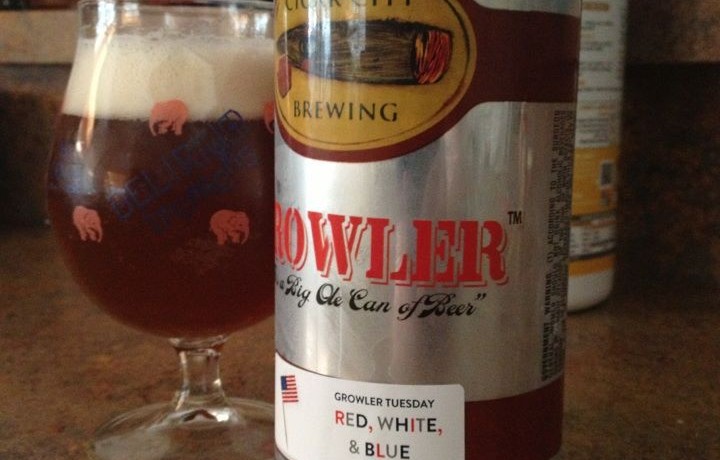 I love it when we are in Tampa for Growler Tuesday at Cigar City Brewing. When I saw Red, White & Blue IPA on the board I didn’t even ask what it was, I just grabbed one. It turned out to be a bit more complex than your average IPA, so big thanks to untappd friend Clint for letting me know the facts.

As soon as I poured the first glass from my crowler I noticed the obvious blueberry smell. I quickly realized there was going to be a red and white element to this patriotic IPA as well. (It was released on the day of the big USA World Cup match against Belgium, and right before The 4th!) I guessed wrong that raspberries were involved as it turns out it was aged on white oak and red oak with blueberries. That makes a lot of sense from the flavor as well. In addition to the fruity blueberry notes there was a hint of vanilla and it was pretty dry and woody.

If you are ever in Tampa on a Tuesday do yourself a favor and pop into CCB for a rare one-off growler/crowler. I’ve yet to be disappointed thus far! 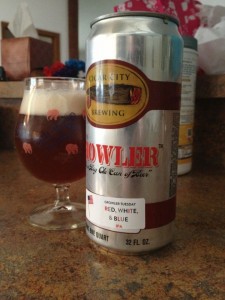