This was one of the most ambitious craft beer adventures I think I have ever seen. There are tons of great festivals to attend, some of them huge and extreme, others are small local events. Brewers also collaborate all the time, creating new styles and beers the world would never see otherwise. This year Sierra Nevada took things to a whole new level. 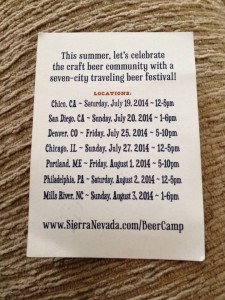 Beer Camp is usually a summer camp for a few lucky home brewers to attend and brew with the Sierra Nevada crew. The new beers created are then distributed in a mixed twelve pack. To celebrate the new Mills River, NC brewery Sierra decided to mix things up by inviting 12 of the best breweries in the country to collaborate with them. (The invitation itself was a 22oz bottle of West Coast style IPA, how cool is that?) Welcome to Beer Camp Across America! The result was a 12 pack of beers featuring 12 different collaborations. As if that wasn’t enough, they invited EVERY brewery in the country to attend and pour their beers at a cross country seven city beer festival tour!

The level of respect I have for this is immeasurable, and needless to say I (along with so many others) was eager to get my hands on this years Beer Camp 12 pack. The results were somewhat mixed as is often the case with collaboration beers. Nothing in the box was bad, but sometimes a bit disappointing given the capabilities of the brewers involved. There were times that I felt the individual breweries could have created the particular beer better on their own. Still, this was a lot of fun to drink. Below is a bakers dozen of Beer Camp reviews, organized from my least favorite to most favorite.

West Coast Double IPA – This is the Imperial IPA that Sierra Nevada sent out as an invitation to Beer Camp 2014, and later sent out to distribution. Not my favorite offering from Sierra Nevada. A lot of generic sweetness followed by too much plain bitterness. It was drinkable, but I’m glad I only got one bottle.

Torpedo Pilsner with Firestone Walker – This Czech Pilsener is very grassy and hoppy, with a very dry finish and aftertaste. Absolutely nothing wrong with this beer, but it is also fairly forgettable.

Chico King with Three Floyds – A solid American Pale Ale with a lot of bitterness and some really nice fruity and floral hop notes. This is a case of the sum not equaling the parts. Both Sierra Nevada and Three Floyds make world class Pale Ales on their own. This is a shadow of those beers.

CANfusion with Oskar Blues – A tasty Bock base with lots of good sweet malt. The rye used in this is the major element though, that spicy bite is there throughout the taste. Some citrus forward hops also add some balance, making this one unique Bock.

Alt Route with Victory – This smells great, sweet toffee and a dash of brown sugar. A rather spicy Altbier, I’m guessing it’s a nice combination of the two breweries “house” flavors. The more typical Altbier smoothness and rich malt sweetness follows towards the bitter finish.

There And Back with New Glarus – This English Bitter was the least exciting sounding beer in the box, but I was pleasantly surprised by the quality in this bottle. They really nail the description of this right on the bottle: … nutty, toasted English malts balanced by a dose of zesty hops and a fruity, dry finish. Exactly.

Myron’s Walk with Allagash – A very easy to drink and enjoyable Belgian Pale Ale. No real bells and whistles, but some assertive pine hops blend very well with the spice from the yeast provided by Allagash.

Yonder Bock with Cigar City Brewing – A Maibock with a boat load of rich malty goodness and a lot of flavorful spice. The tropical hop notes add an interesting balance to this that I like quite a bit.

Tater Ridge with the Asheville Brewers Alliance – A Scottish Ale brewed with sweet potatoes. I’ll be damned if I don’t actually taste some of the distinct starchy sweetness of a sweet potato. Solid malt forward base on this and just a touch of Sierra Nevada spiciness on the finish. Really enjoyable.

(Although everything above this was very good and rather enjoyable, below are the three beers from the box that I would consider above average.)

Yvan The Great with Russian River – I really like how the strong yeast character is blending with all of the hops in this Belgain Pale Ale. I’d pick this up once a year if this was a seasonal offering!

Double Latte with Ninkasi – This is a Milk/Sweet Stout that features cold-press coffee from Stumptown Coffee Roasters. Lots of roasted malts and coffee are the dominate forces driving this beer. A bit of sweet, almost half & half like creaminess is in the taste as well. The mouth-feel of this is nice and full as well. Not overly complex, but on par with many great coffee stouts that are being brewed.

Maillard’s Odyssey with Bell’s – This is one of those rare times when the beer is definitely a Black Ale and not a Black IPA. The flavor profile on this is crazy complex. Deeply roasted (almost smokey) malt, chocolate malt, nutty toffee and some hints of figs and plums. There is a nice balancing bitterness on the finish as well. The best beer in the box. 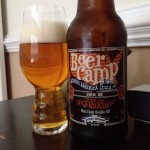 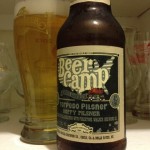 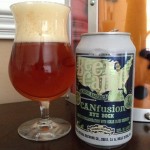 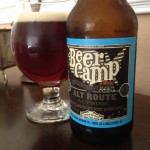 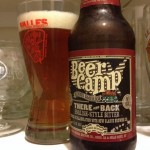 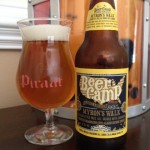 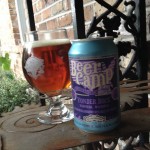 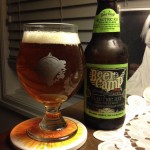 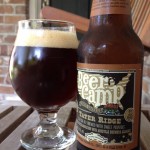 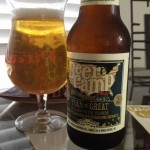 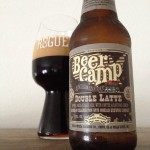 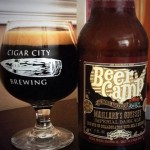