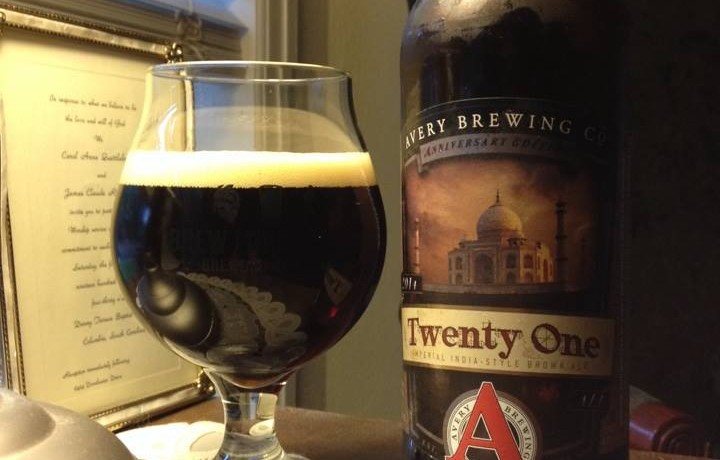 Avery Anniversary Ale Twenty One is an Imperial India-Style Brown Ale. This was bottled in May of 2014, showed up in Savannah in August of the same year.

This smells a lot better than I was expecting, only a little bit like a Brown Ale but with some good citrus hop notes. This starts sweet and hoppy, but unfortunately there is just a bit too much Brown Ale for my tastes. The citrus hops try to take control but some mildly roasty and nutty malts ultimately take over.

This beer was totally drinkable, but I grew a bit weary of the never ending battle between DIPA and Brown Ale. 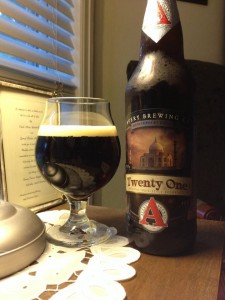