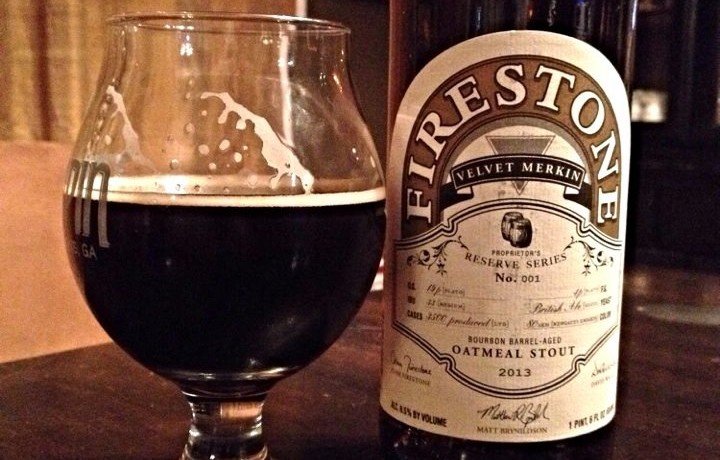 Firestone Walker Velvet Merkin was originally brewed when their first blended Anniversary Ale 10 was released. This once draft only beer (with the unforgettable name) has finally been bottled to the delight of many. This is the 2013 vintage, which I never intended to age for a year, but in my effort to share this with others that is just what happened.

Essentially Velvet Merkin is an Imperial Bourbon Barrel Aged version of Velvet Merlin. Amazingly that is exactly how it tastes too. Looked back at that older review of Merlin and the same flavors are there. Velvet Merkin is also smokey and roasty with a mild oatmeal sour twang. The same notes of chocolate, coffee and toffee are there as well. The bourbon notes are mild but tasty, that mildness could be due to my aging it longer than intended. Sadly the thin mouth-feel is also present in the Merkin as it is in the Merlin, but I will say that the rich boozy aroma is a fantastic improvement.

Overall I was maybe expecting more than this beer could deliver, but that didn’t stop it from being a great beer. I’d love to try this again, but maybe a bit fresher. 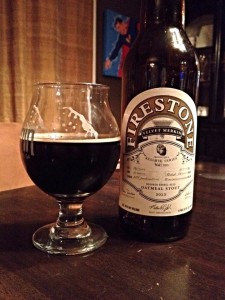