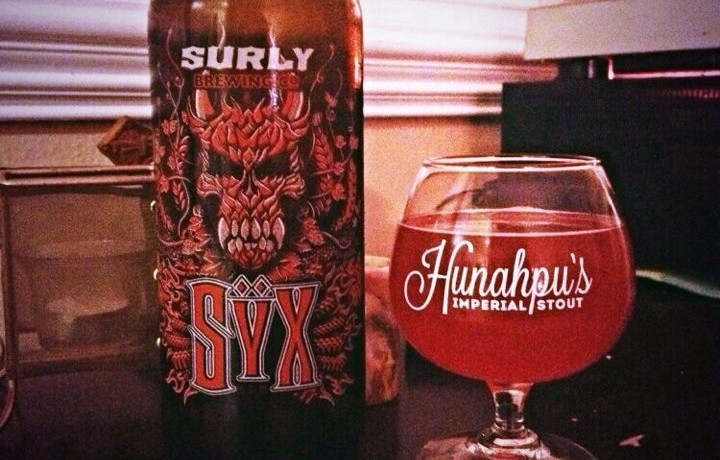 Surly SŸX is an American Strong Ale. Their sixth anniversary ale released in 2012 and aged an additional 2 years. The creation of this beer utilizes six wood species in a honey comb shape for the aging process. I got this during my really active initial trading period, thanks Tim! Shared this with Lee and Raymond fairly recently on a random Monday bottle share night.

The first thing to note about this beer is how different the three pours were. Mine was first and it was a clearer, a golden red/orange color. Each pour after that become much cloudier and unpleasant looking. The smell of this beer is really nice, malty and sweet with a whole lot of pineapple. The taste unfortunately is not half as good as the aroma. It starts fine, sweet and malty like the nose, but all that wood aging turns this into a bit of a mess. This is followed by confused a woody, fruity, minty and ash tinged flavor. This is all wrapped together in a syrupy sweet mouth-feel. The 15% ABV is surprisingly not much of a factor in the taste.

It is probably unfair for me to even review so harshly a 2 year old beer I never tried fresh, but at this point it is what it is. Nothing against Surly though, I have literally loved everything else I’ve ever tasted from them. 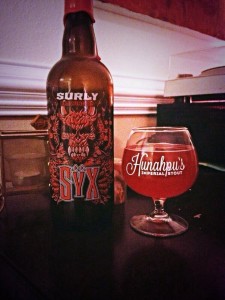