The good folks at Craft A Brew were kind enough to send us a one-gallon beer making kit to try out and review. Since I’m the only one in the group with no home brewing experience, I was the logical choice to do the review. My beer is currently in the carboy fermenting, but I still wanted to get this review out in time for any holiday shoppers looking for a good gift idea.

After seeing the box in the corner for several weeks I finally had the time to put this kit to use this past weekend. I read through the relatively simple instructions several times to get a good idea of what to do, then reached out to see if anyone in the house wanted to help. My mom was visiting for the weekend and answered the call. I have to say it was a lot of fun doing it with her too, she is a pretty cool lady.

Craft A Brew offers several different recipes that can come with or without the brewing kit itself. We were sent a full brew kit with a recipe from 7eventh Sun called Galactic Pale Ale (Full kit price: $48). All of the full kits seem to range from $45 to $48, depending on the recipe included. Recipe-only kits range from $15 to $18. The basic idea behind the company is to make small batch, but high quality, craft beer kits and recipes available to those who want to brew a real craft beer at home. 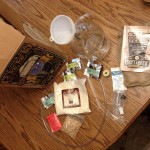 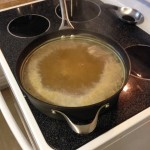 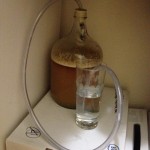 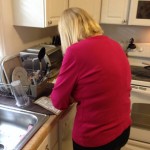 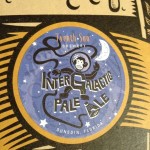 How was my experience? It remains to be seen if my beer will be drinkable, but overall I would say this is a great product for the craft beer nerd who is hinting at maybe home brewing. It is certainly a cost effective way to try it out. If it’s not your thing you are out less than 50 bucks. If you enjoy it (and the beer you brew) you have several more recipes to brew until you are ready to move to a larger system. I do need to point out one flaw however, transferring the wort into the carboy was close to impossible. The directions simply instruct you too pour from your pot into a provided small plastic funnel. Half of my wort was lost to the Savannah sewer system! Do yourself a favor and work out a better way to transfer (like a bigger funnel), or have a sanitized tray under the carboy to catch the spilt liquid.

It remains to be seen how the final product will turn out, but the process of learning to homebrew with this kit is pretty painless. This is a fairly easy to follow, step by step, guide to brewing your own craft beer.