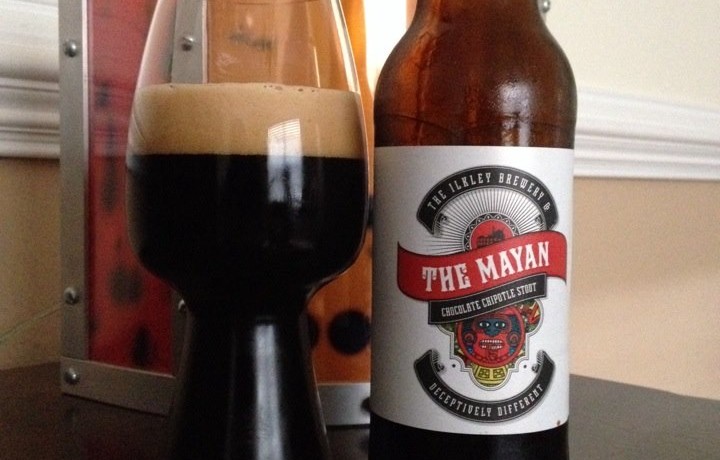 I passed on Ilkley Brewery The Mayan a few times at the store, but finally decided to pick one up from the import beer section.

I am getting very little aroma from this Chocolate Chipotle Stout, mild cocoa powder and that is about it. So, yes, the chocolate part of this is in full force in the taste. LOTS of chocolate is followed by a mild chipotle pepper kick. It took me a bit too long to find the spice, but now that I have it’s giving this that extra bit of character it needed. A touch of coffee and smoke leads to a dry and slightly bitter finish. I wasn’t too excited about the first pour from the 500 ml bottle, but as it warmed and the flavors opened up, so did I.

It’s not nearly as bold as some other pepper spiced stouts, but at under $5 it’s a solid beer at a great price. I would strongly suggest this if you are a fan of Young’s Double Chocolate Stout, but would like to try something a bit more complex. 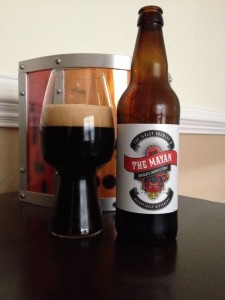