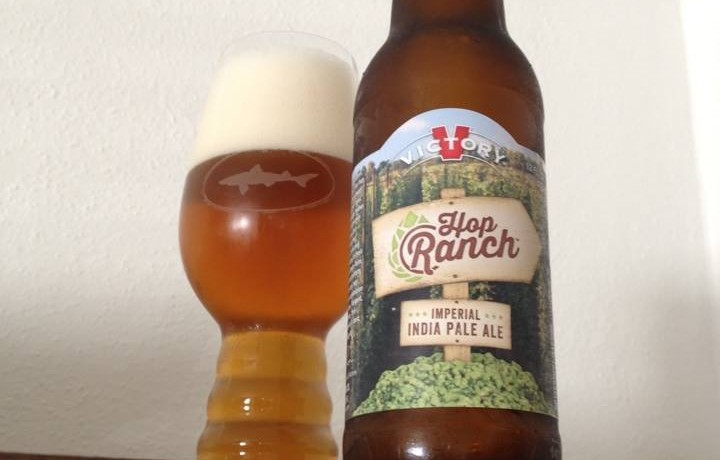 Victory Hop Ranch is an American Double/Imperial IPA. This is a new winter seasonal that features Mosaic and Azacca hops, and clocks in at a massive 9.0% ABV.

Classic DIPA color with a white fluffy head. The aroma is a nice combo of juicy citrus and typical Victory house aroma, which gets rudely interrupted by a weird metallic thing. Too bad. Spicy and floral on the taste, expected from a Victory DIPA but it doesn’t exactly carry that typical “Victory thing” I get in so many of their beers. The finish is dry and hoppy, but also has a real grassiness to it. That big ABV is a little too noticeable in the taste unfortunately, but this is a solid DIPA overall.

No need to shy away from this if you are a fan of the style. 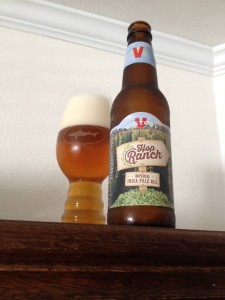