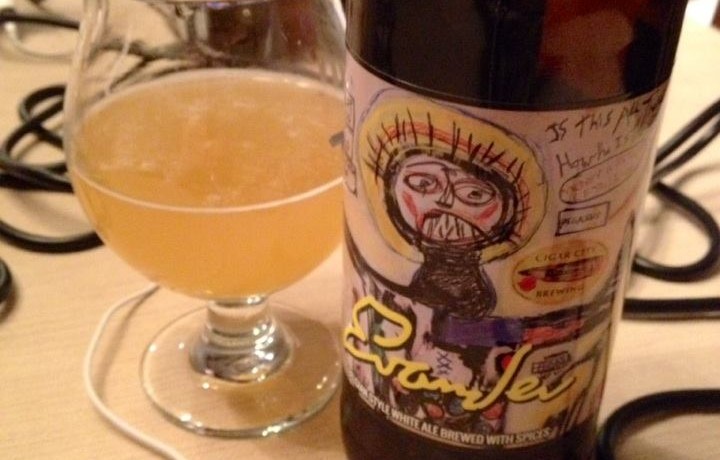 Cigar City Brewing Evander 2015 simply described as a Belgian White Ale Brewed With Spices on the label. No ABV on the bottle, but I have seen it listed as 6% on a few websites.

This Witbier pours with an expected cloudy yellowish color. The aroma has a nice bit of ginger and coriander, and a spice note I just can’t put my nose on. The taste is almost exactly the same: ginger, coriander, soft wheat and yeast, and some very mild hints of orange citrus.

This is a solid Witbier, and personally I like it a bit more than the year round Florida Cracker. It seems to be getting some poor review and ratings which I don’t understand, there is nothing wrong with this beer. Maybe people expect every beer to come out of CCB to be an epic experience. 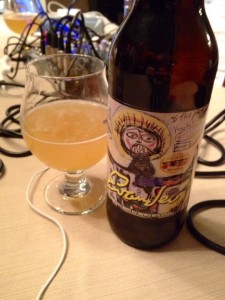