Holy Hops: A Pilgrimage for Craft Beer in Israel

The Brew / Drink / Run team has taken our share of special beer pilgrimages. Those epic beer runs include participating in the sacred rituals of Cigar City’s Hunahpu’s Day and trekking up to the hilltop Costa Rican sanctuary of The Black Sheep Pub. But none of those travels prepared me for finding beer in a land that is truly holy for millions of religious people, the ancient city of Jerusalem.

As with any exotic journey, research is in order before you pack your bags. My trip was sponsored by the Israel Government Tourist Office (ostensibly) to cover the Jerusalem Marathon series, so I had to pack running clothes. After those were in the suitcase, I got up to speed with some quick Israel beer Google searches. Then I made room for my bottle shippers. 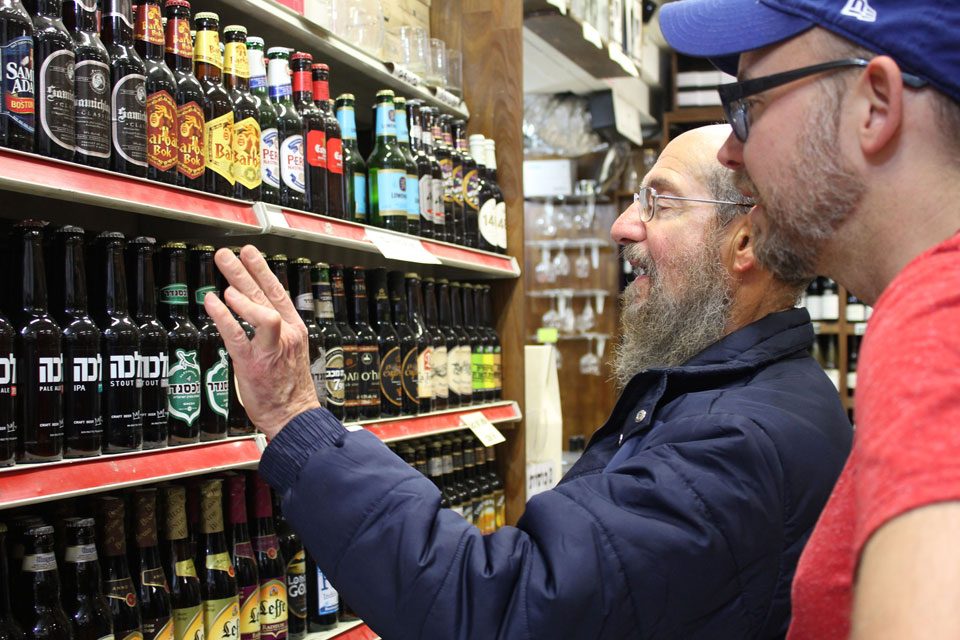 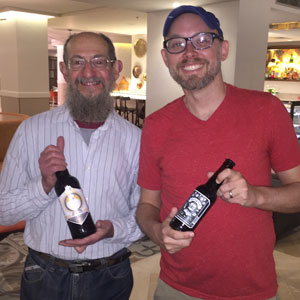 The best resource for planning my ale quest was Doug Greener’s Israel Brews and Views. Doug is devotedly documenting the craft beer movement in his country, with specific focus on his home base in Jerusalem. I reached out to him via email before I left and we planned a meet-up for bottle shopping. That was a very smart decision.

Hebrew isn’t a written language you can just pick up in a few days, and the strange serifed shapes that adorn the bright bottle labels don’t tell you much about what’s inside. Luckily, a few English keyphrases are typically placed on each bottle. Seeing the letters IPA quickly made me feel like I was at home. But unlike bottle shopping in the USA, I was unencumbered by all of our current beer politics. I didn’t wonder if Anheuser-Busch InBev had a controlling interest in the Dancing Camel Brewery. I just relied on Doug to point me to the good bottles. His help was indispensable and I made sure to leave a Service Brewing Rally Point with him to express my gratitude. 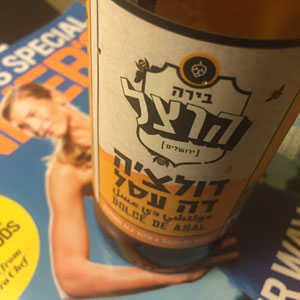 Jerusalem is home to only one craft brewery, Herzl. Despite being in a new country with amazing vistas, culture and history, nothing beats a post-run beer and Herzl’s Dolce De Asal did not disappoint on that front. Sweet honey malt and spicing with a touch of alcohol burn, it was a great replenisher after a day of strenuous personal effort.  Herzl’s newest offering is Embargo, an ambitious beer featuring a tobacco leaf additive. Look for a review very soon.

Later in our travels I found myself sitting on the beach in Tel Aviv, slowly sipping a Jem’s Beer Factory 8.8 while gazing at the Mediterranean Sea and talking beer with new friends. The slowed pace was important as the 8.8 in the name represents its alcohol by volume. The booziest brew I tasted in Israel, it was also one of the most well-rounded with a mild flavor profile that let all aspects of the recipe showcase themselves without overpowering.

When it was time to board the plane, we left another Service bottle with our patient tour guide, Ori of Harvest Moon. He held our group of writers together, teaching and encouraging us despite all of the stress we caused him. Ah, beer – the perfect gift for any occasion. Everyone likes free beer.

For the voyage home, a dozen twelve ounce bottles were shoved side by side into Wine Skin

bottle shippers or wedged into running shoes and delicately arranged in my checked baggage. Everything made it back safe and sound and I’m currently working my way through the spoils of the journey.

Alexander Green is an early highlight. An easy drinking IPA, the hops aren’t as forward as its more aggressive American counterparts; but it melds well with the sugary malt base to create a very solid pick up. The remaining bottles are now sitting in my fridge, patiently waiting for our next bottle share.

I learned a lot during our visit to Israel, far beyond simply getting a taste of the local beer culture. The people and their environment are directly reflected in regional brewing. What was most surprising in Israel was the variety of available styles. Unlike many countries with similar latitudes, it was easy to find reprieve from simple-sweet lagers and discover a wealth of complex variety from a half dozen exciting breweries. Israel’s brewing community is on the rise and is definitely worth watching.

A hearty L’chaim! (Cheers!) to our brewing brethren in the Holy Land. With all our political, religious and cultural differences, beer is a great reminder of what we share in common.