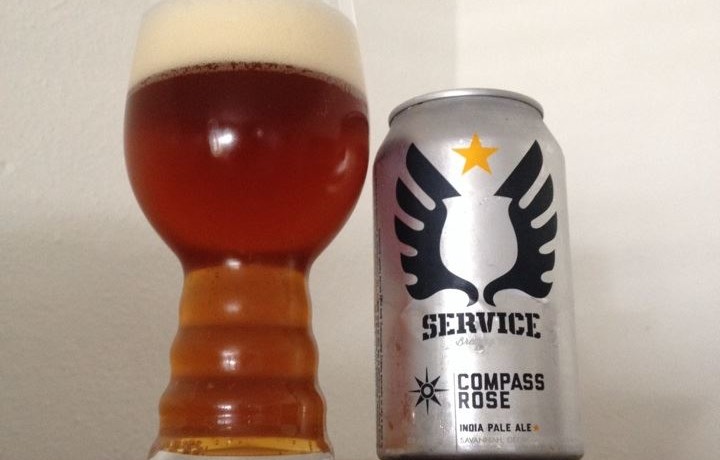 Service Brewing Compass Rose is an American IPA. This is a great example of how a new brewery may need to tweak a recipe to make the beer perfect.

My initial impression of this IPA was just so-so: This is one intense IPA, big bitterness and potent hops dominate this one. I like a little more balance, but I will be drinking his around town on occasion. That was written immediately after the launch party, but a few months later a new version of the IPA was released and what an improvement. Gone was the almost overbearing bitterness. There is now a ton of big tropical citrus hop aroma. The taste is more citusy and tropical as well which is mixing quite perfectly with a little east coast like hop earthiness. More balance is now created thanks to more sweetness and a more moderate bitterness.

If you haven’t given this another try since it was first released I might suggest grabbing a six pack or draft pour, I think you’ll be as happy with the new recipe as I am! 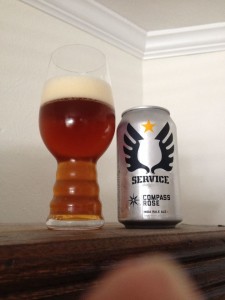